04 NOVEMBER 2018 - BANGKOK, THAILAND: Royal Thai Police do a security sweep before the funeral of Vichai Srivaddhanaprabha at Wat Debsirin on the second day of funeral rites for Vichai. The VS are his initials. The "Possible Man" reflects Vichai's legacy in Leicester because he was viewed as the man who made everything possible after Leicester won the 2015-16 Premier League Championship. Vichai was the owner of King Power, a Thai duty free conglomerate, and the Leicester City Club, a British Premier League football (soccer) team. He died in a helicopter crash at the King Power stadium in Leicester after a match on October 27. Vichai was Thailand's 5th richest man. The funeral is expected to last one week. PHOTO BY JACK KURTZ 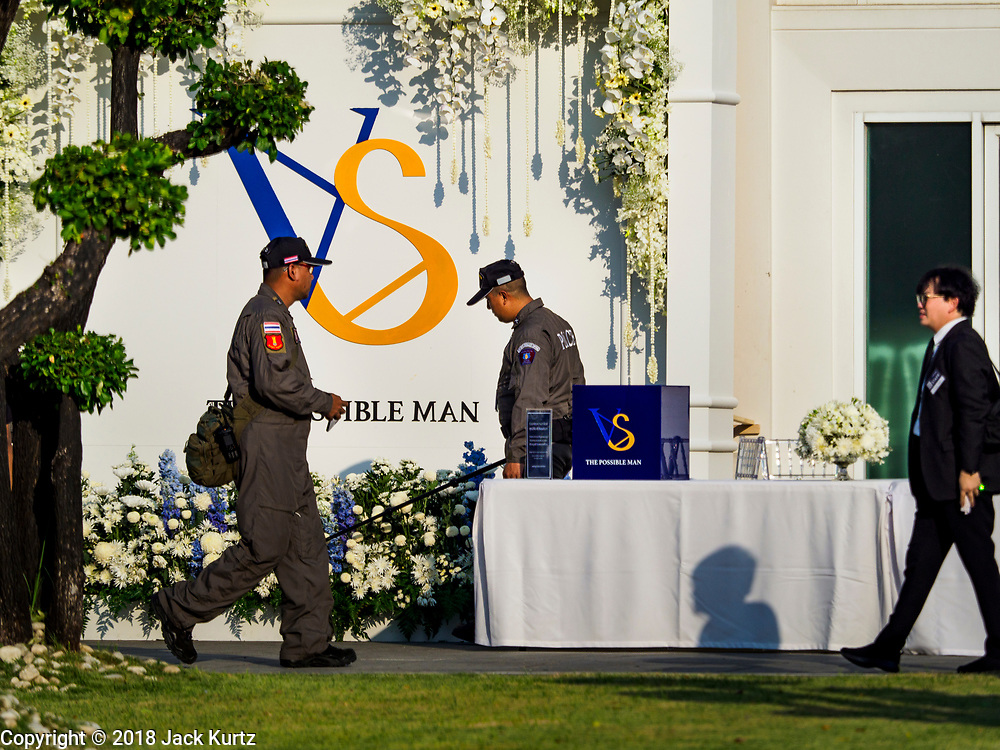