04 NOVEMBER 2018 - BANGKOK, THAILAND: the funeral of Vichai Srivaddhanaprabha at Wat Debsirin on the second day of funeral rites for Vichai. Vichai was the owner of King Power, a Thai duty free conglomerate, and the Leicester City Club, a British Premier League football (soccer) team. He died in a helicopter crash at the King Power stadium in Leicester after a match on October 27. Vichai was Thailand's 5th richest man. The funeral is expected to last one week. PHOTO BY JACK KURTZ 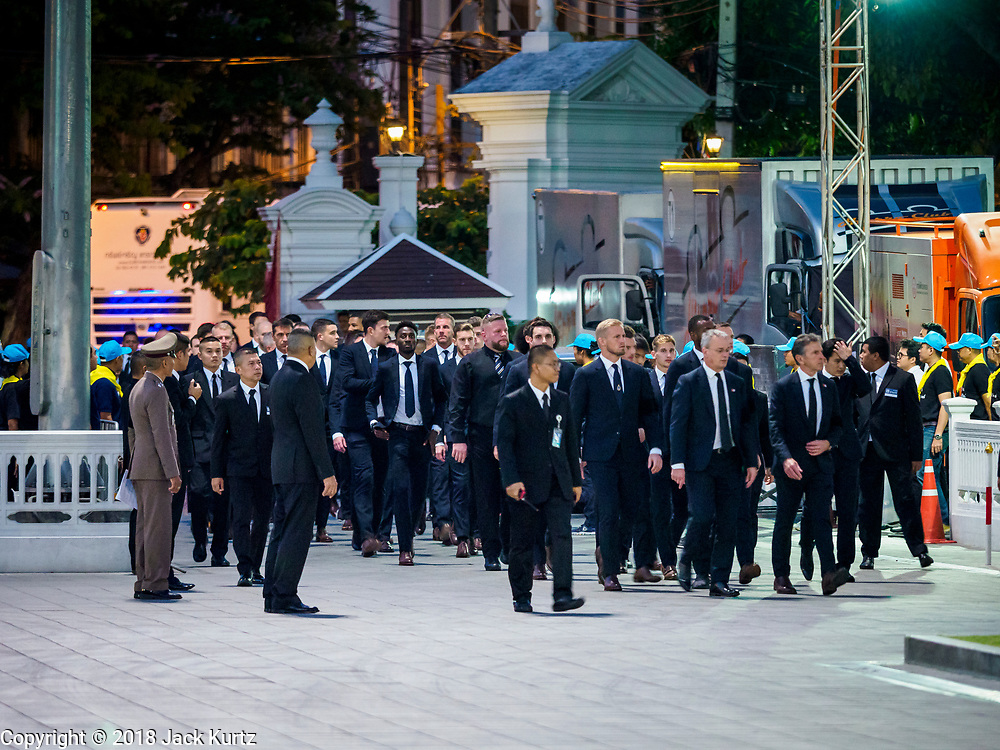