07 FEBRUARY 2011 - PHOENIX, AZ: MARCO GARDUNO, an immigrant, holds his son, DYLAN GARDUNO, a US citizen by birth, during a senate committee meeting on restricting birthright citizenship at the Arizona Capitol Monday, February 7. The Arizona State Legislature, led by the State Senate is debating the 14th Amendment, which would bar US citizenship for children born in the US to undocumented immigrants. The bill has broad support among Republicans, who are the majority party, in the state legislature but not among Democrats. The law is also very unpopular in the state's Latino and immigrant communities. Photo by Jack Kurtz 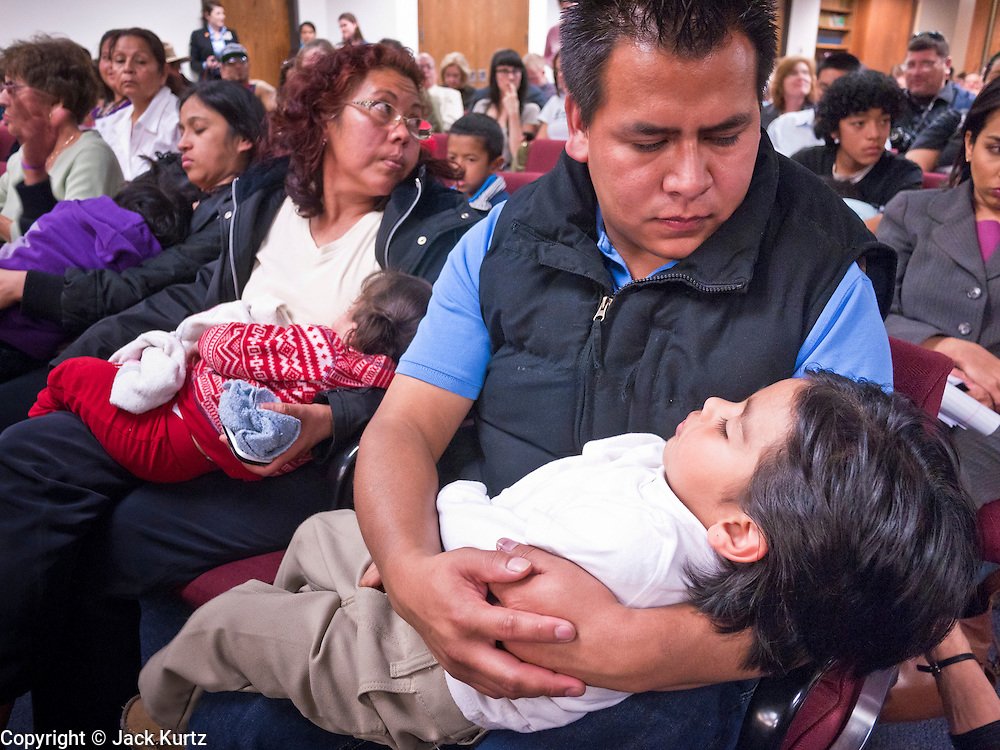