14 MAY 2013 - BANGTATHEN, SAPHUNBURI, THAILAND: Workers on a shrimp farm in Saphunburi province of Thailand, harvest shrimp from a pond. Many farms in the area have been hit by EMS. Early mortality syndrome, better known as EMS -- or Acute Hepatopancreatic Necrosis Syndrome, (AHPNS) as scientist refer to it -- has wiped out millions of shrimp in Thailand, the leading shrimp exporter in the world. EMS first surfaced in 2009 in China, where farmers noticed that their prawns had begun dying en-masse, without any identifiable cause. By 2011, shrimp farms in China's Hainan, Guangdong, Fujian and Guangxi provinces were suffering losses as great as 80%. Farmers named the disease based on its immediate effect - Early Mortality Syndrome. After China, EMS devastated shrimp farms in Vietnam, Malaysia. The province of Tra Vinh, Vietnam, saw 330 million shrimp die in the month of June 2011 alone. In Malaysia, where EMS first emerged in 2010, commercial prawn production declined by 42%. EMS hit Thailand in early 2013. As a result of early die offs in Thailand many farmers left their shrimp ponds empty and stores that sell shrimp farm supplies have reported up to 80% drop in business as shrimp farm owners have cut back on buying. PHOTO BY JACK KURTZ 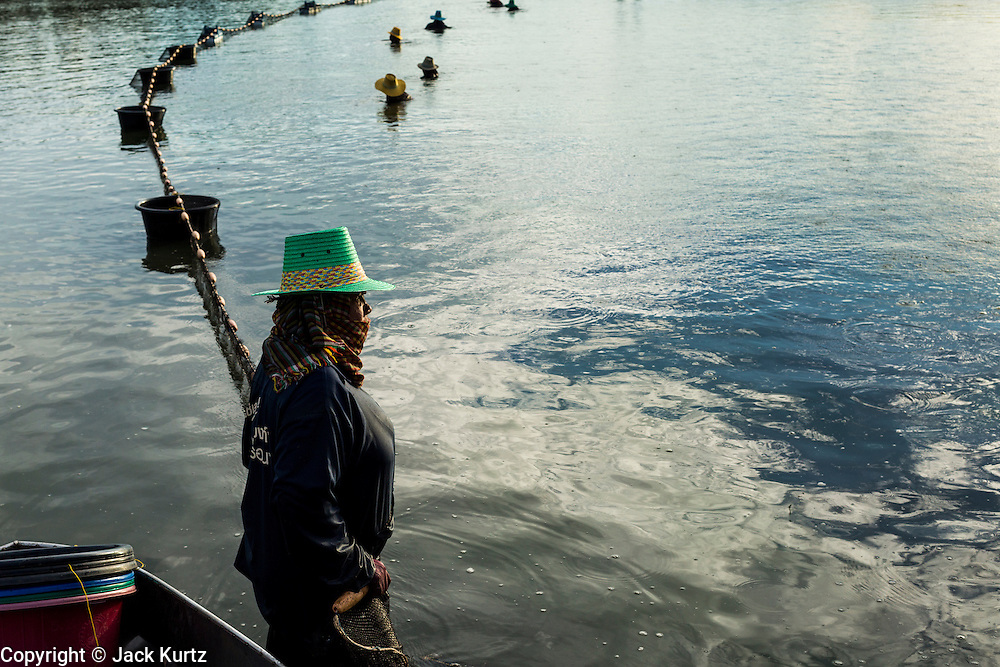