05 JULY 2017 - POIPET, CAMBODIA: Used clothes sellers in Poipet, Cambodia, take their merchandise to Thailand. Poipet is the busiest border crossing between Thailand and Cambodia and where most of the Cambodian migrant workers going to Thailand start their journeys. The Thai government proposed new rules for foreign workers recently. The new rules include fines of between 400,000 and 800,00 Thai Baht ($12,000 - $24,000 US) and jail sentences of up to five years for illegal workers and people who hire illegal workers. Hundreds of companies fired their Cambodian and Burmese workers and tens of thousands of workers left Thailand to return to their countries of origin. Employers and human rights activists complained about the severity of the punishment and sudden implementation of the rules. On Tuesday, 4 July, the Thai government suspended the new rules for 180 days and the Cambodian and Myanmar governments urged their citizens to stay in Thailand, but the exodus of workers continued through Wednesday. PHOTO BY JACK KURTZ 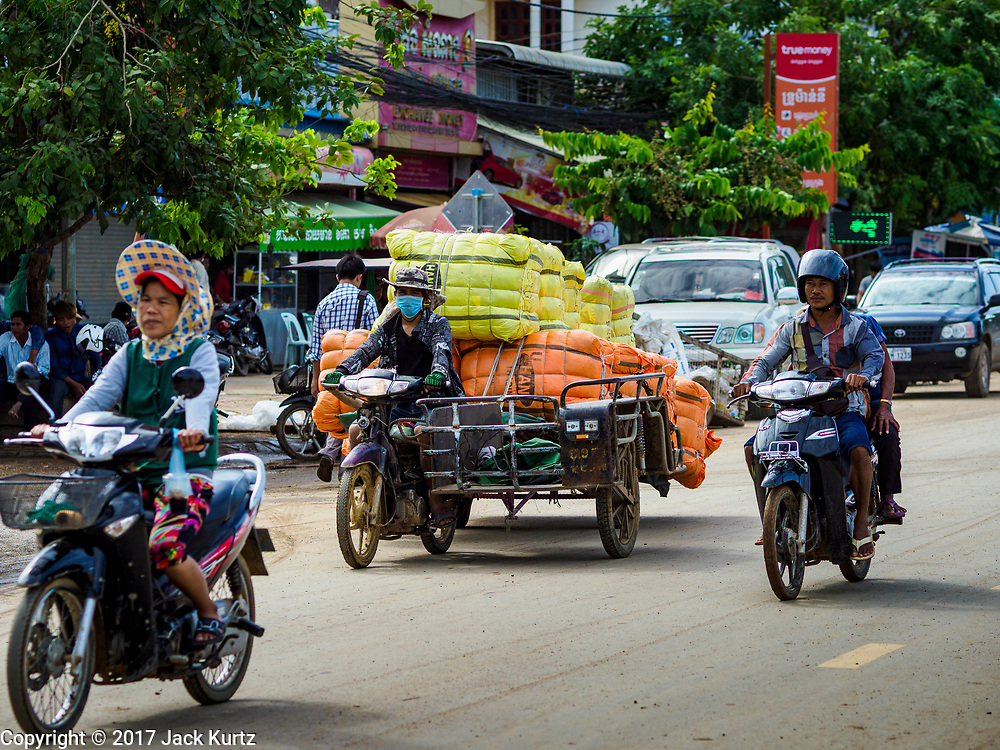