11 JULY 2011 - BANGKOK, THAILAND: A Muslim woman boards a train for Sungai Kolok, on the Thai-Malaysian border, at Hua Lamphong in Bangkok. Hua Lamphong Grand Central Railway Station, officially known as the Bangkok Grand Central Terminal Railway Station, is the main railway station in Bangkok, Thailand. It is located in the center of the city in Pathum Wan District, and is operated by the State Railway of Thailand. The station was opened on 25 June 1916, after six years' construction. The station was built in an Italian Neo-Renaissance style, with decorated wooden roofs and stained glass windows. The architecture is attributed to Turin-born Mario Tamagno, who, with countryman Annibale Rigotti made a mark on early 20th century public building in Bangkok. The pair also designed Bang Khun Prom Palace (1906), Ananda Samakhom Throne Hall in The Royal Plaza (1907-15) and Suan Kularb Residential Hall and Throne Hall in Dusit Garden, among other buildings..There are 14 platforms and 26 ticket booths. Hua Lamphong serves over 130 trains and approximately 60,000 passengers each day. Thailand has the most advanced rail system in Southeast Asia and trains from Hua Lamphong serve all corners of the Kingdom. PHOTO BY JACK KURTZ 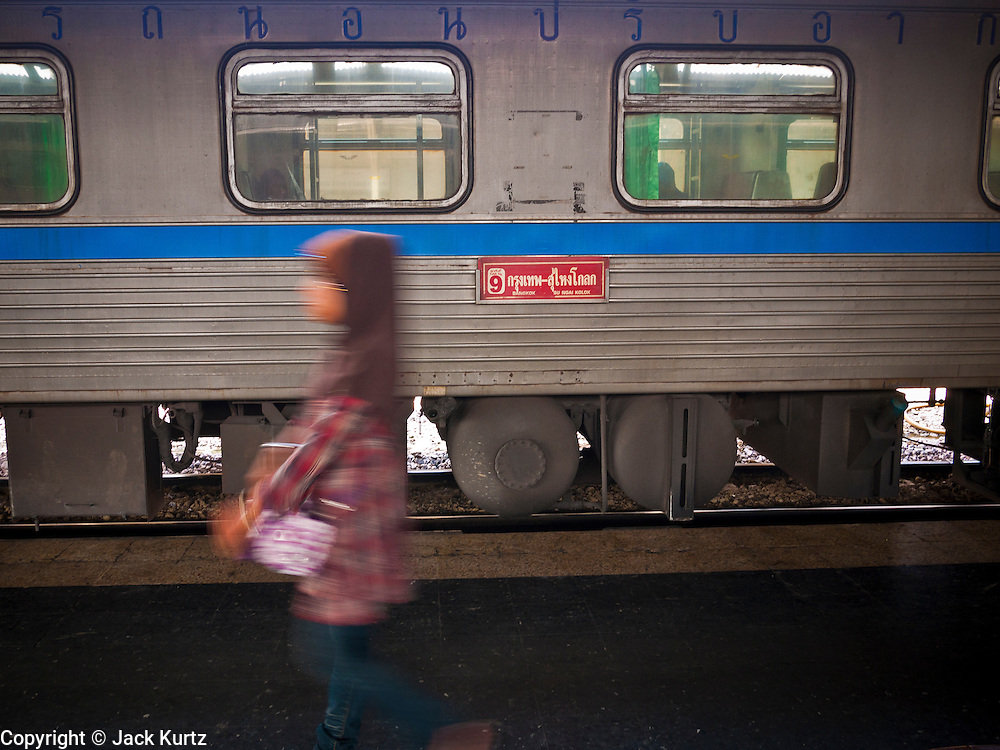