03 OCTOBER 2012 - AYUTTHAYA, THAILAND: The gilded Buddha statue in Wat Phananchoeng in Ayutthaya. The temple is home to the largest gilded Buddha statue in Thailand. The temple was built before the city of Ayutthaya was established. Ayutthaya is the former imperial capital of what was then Siam, now Thailand. Founded around 1350, Ayutthaya became the second capital of Siam after Sukhothai. Ayutthaya's location between China, India and the Malay Archipelago made Ayutthaya the trading capital of the rgion. By 1700 Ayutthaya was the largest city in the world with a total of 1 million inhabitants. The Ayutthaya empire and city were defeated by Burmese forces in April, 1767 when the city was sacked and its art treasures, libraries and archives were destroyed. All that remains in Ayutthaya now are ruins of former imperial temples and palaces because those were the only stone buildings of the time. Ayutthaya is less than 100 miles from Bangkok and is a popular day trip destination for Thai and foreign tourists. PHOTO BY JACK KURTZ 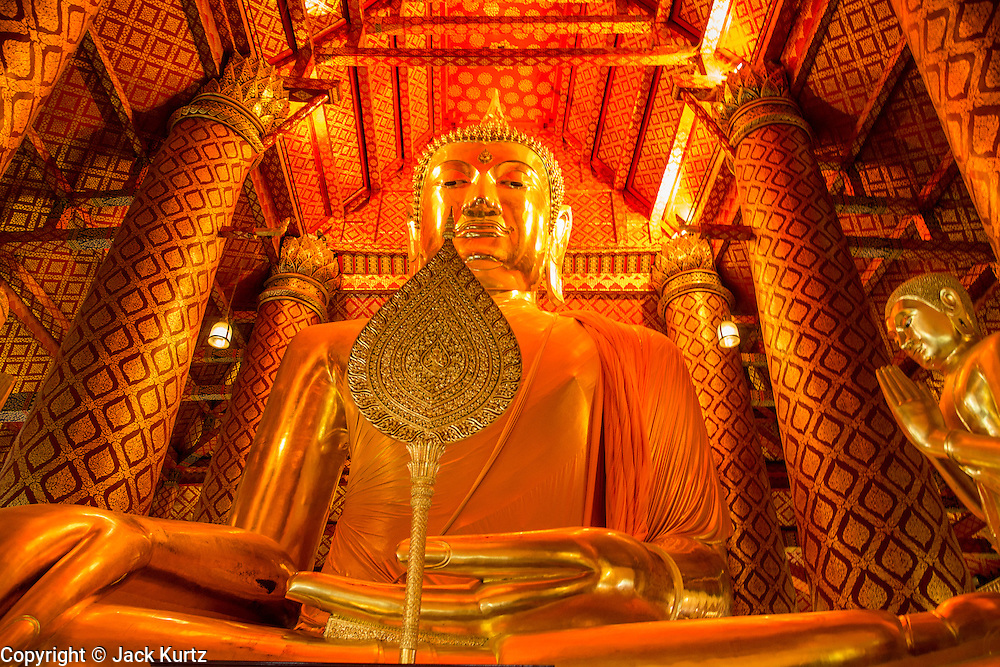