31 JANUARY 2013 - PHNOM PENH, CAMBODIA: A Cambodian woman has her eyebrows shaved off after shaving her head while mourning the death of former Cambodian King Norodom Sihanouk. In Cambodia, the spouse and the children mourn the death of their husband or father by shaving their heads, and many Cambodian women have shaved their heads recently because Sihanouk was revered as the father of the nation. Norodom Sihanouk (31 October 1922 - 15 October 2012) was the King of Cambodia from 1941 to 1955 and again from 1993 to 2004. He was the effective ruler of Cambodia from 1953 to 1970. After his second abdication in 2004, he was given the honorific of "The King-Father of Cambodia." Sihanouk served two terms as king, two as sovereign prince, one as president, two as prime minister, as well as numerous positions as leader of various governments-in-exile. He served as puppet head of state for the Khmer Rouge government in 1975-1976. Most of these positions were only honorific, including the last position as constitutional king of Cambodia. Sihanouk's actual period of effective rule over Cambodia was from 9 November 1953, when Cambodia gained its independence from France, until 18 March 1970, when General Lon Nol and the National Assembly deposed him. Upon his final abdication, the Cambodian throne council appointed Norodom Sihamoni, one of Sihanouk's sons, as the new king. Sihanouk died in Beijing, China, where he was receiving medical care, on Oct. 15, 2012. His funeral procession, which will wind through Phnom Penh is Friday, Feb.1 and his cremation is on Feb. 4, 2013. Over a million people are expected to attend the service. PHOTO BY JACK KURTZ 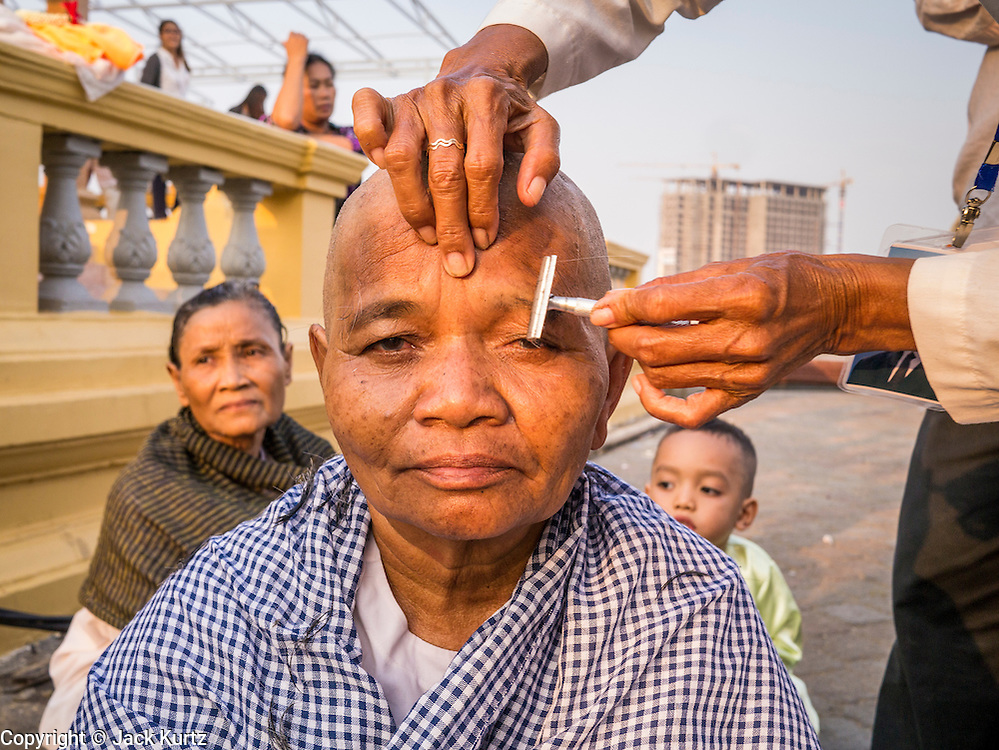