06 JUNE 2015 - KUALA LUMPUR, MALAYSIA: An open Koran in front of the mihrab at Masjid Jamek. A mihrab is a semicircular niche in the wall of a mosque that indicates the qibla (the direction to Mecca). Built in 1909, Jamek Mosque is one of the oldest mosques in Kuala Lumpur. It is located at the confluence of the Klang and Gombak River and was designed by Arthur Benison Hubback. The mosque was a built in the style of Mughal (northern India) architecture. Before the national mosque, Masjid Negara, was opened in 1965, Masjid Jamek served as Kuala Lumpur's main mosque. PHOTO BY JACK KURTZ 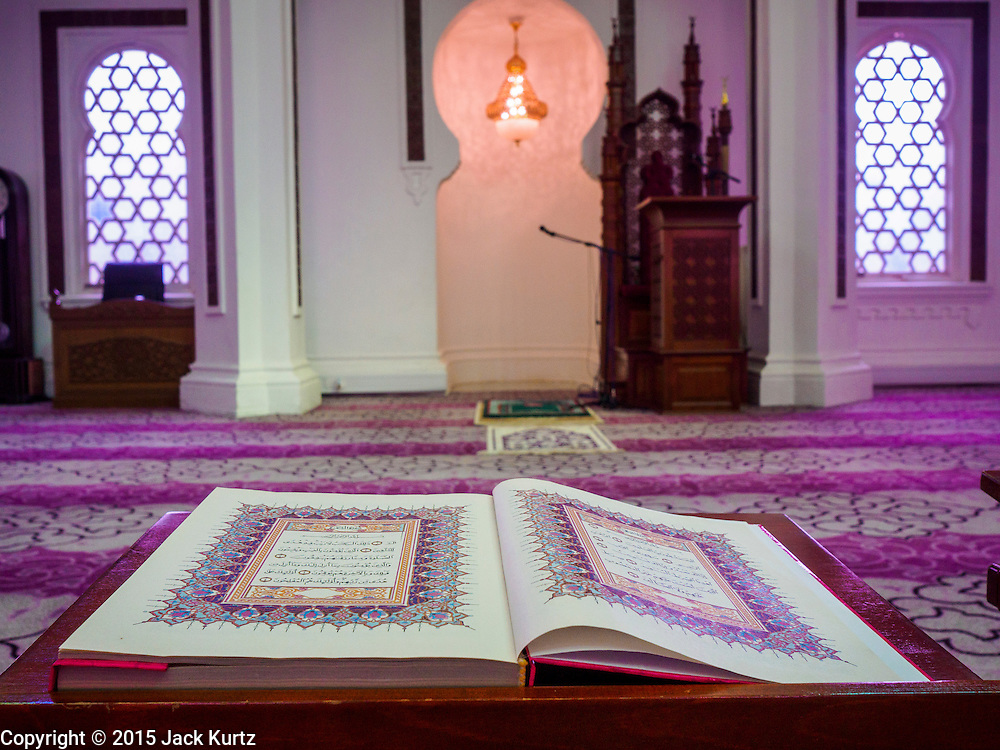