09 DECEMBER 2013 - BANGKOK, THAILAND: A Thai police officer on duty in front of Government House in Bangkok. Thai Prime Minister Yingluck Shinawatra announced she would dissolve the lower house of the Parliament and call new elections in the face of ongoing anti-government protests in Bangkok. Hundreds of thousands of people flocked to Government House, the office of the Prime Minister, Monday to celebrate the collapse of the government after Yingluck made her announcement. Former Deputy Prime Minister Suthep Thaugsuban, the organizer of the protests, said the protests would continue until the "Thaksin influence is uprooted from Thailand." There were no reports of violence in the protests Monday. PHOTO BY JACK KURTZ 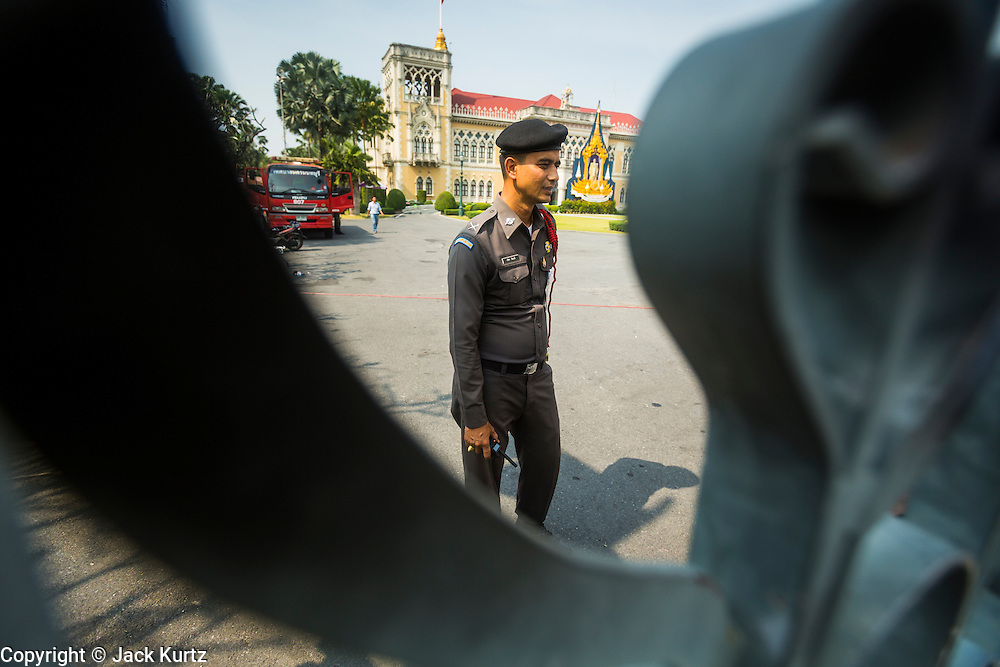