15 AUGUST 2020 - MINNEAPOLIS, MINNESOTA: Visitors at the "Say Their Names" cemetery, honoring people of color killed by police near the George Floyd Memorial in Minneapolis. Floyd, an unarmed Black man, was killed by Minneapolis police officers of May 25 in front of Cup Foods, a convenience store at the intersection of 38th and Chicago Ave. His killing sparked a week of violent protests across the country. The intersection where he was killed is still closed and has become an unofficial memorial visited by hundreds of people every day. Saturday, more than 100 people gathered at the memorial to demand the city preserve the memorial. The city of Minneapolis had planned to start reopening the intersection as soon as Monday Aug. 17, but delayed those plans indefinitely on Friday, Aug. 14. City residents have created a “George Floyd Zone” at the intersection. They’re demanding the recall of Hennepin County Attorney Mike Freeman, requiring Minneapolis police officers have their own private liability insurance, and the allocation of funds for businesses and residents in the community. The city is considering officially renaming Chicago Ave. between 37th and 39th “George Floyd Jr. Place.” PHOTO BY JACK KURTZ 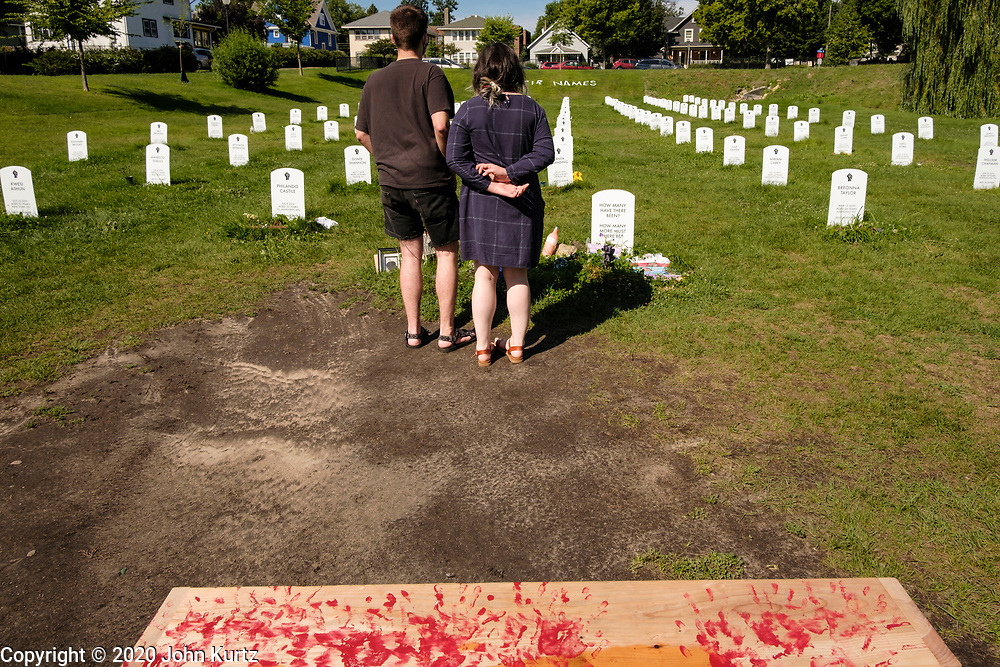