11 JANUARY 2014 - BANGKOK, THAILAND: General PRAYUTH CHAN-OCHA, Commender in Chief of the Thai Royal Army, give children toy helmets during a Children's Day fair in Bangkok. The Royal Thai Army hosted a "Children's Day" event at the 2nd Cavalry King's Guard Division base in Bangkok. Children had an opportunity to look at military weapons, climb around on tanks, artillery pieces and helicopters and look at battlefield medical facilities. The Children's Day fair comes amidst political strife and concerns of a possible coup in Thailand. Gen Prayuth has issued mixed signal on a coup at one point saying there wouldn't be one, and later saying he wouldn't talk about a possible coup. Earlier in the week, the Thai army announced that movements of armored vehicles through Bangkok were not in preparation of a coup, but were moving equipment into position for Children's Day. PHOTO BY JACK KURTZ 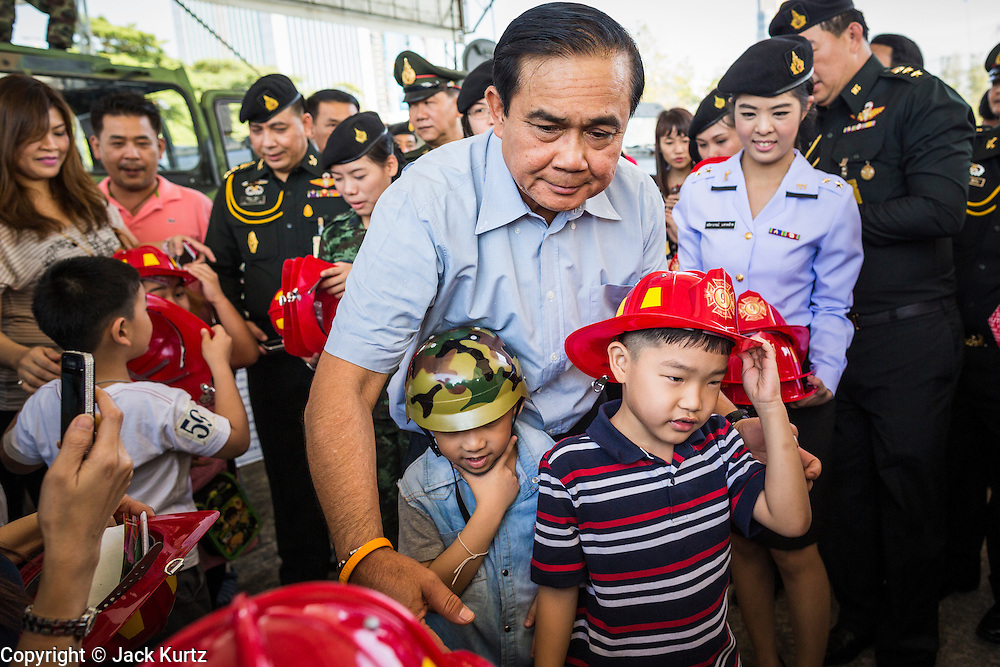