17 FEBRUARY 2013 - BANGKOK, THAILAND: Thai Prime Minister YINGLUCK SHINAWATRA campaigns for Pongsapat Pongchareon in Wat Chana Songkram in Bangkok Sunday. Pol General Pongsapat Pongcharoen, a former deputy national police chief who also served as secretary-general of the Narcotics Control Board is the Pheu Thai Party candidate in the upcoming Bangkok governor's election. Yingluck is the head of the Pheu Thai party and campaigns with Pongsapat. (He resigned from the police force to run for Governor.) Former Prime Minister Thaksin Shinawatra reportedly recruited Pongsapat. Most of Thailand's reputable polls have reported that Pongsapat is leading in the race and likely to defeat Sukhumbhand Paribatra, the Thai Democrats' candidate and incumbent. The loss of Bangkok would be a serious blow to the Democrats, whose base is the Bangkok area. PHOTO BY JACK KURTZ 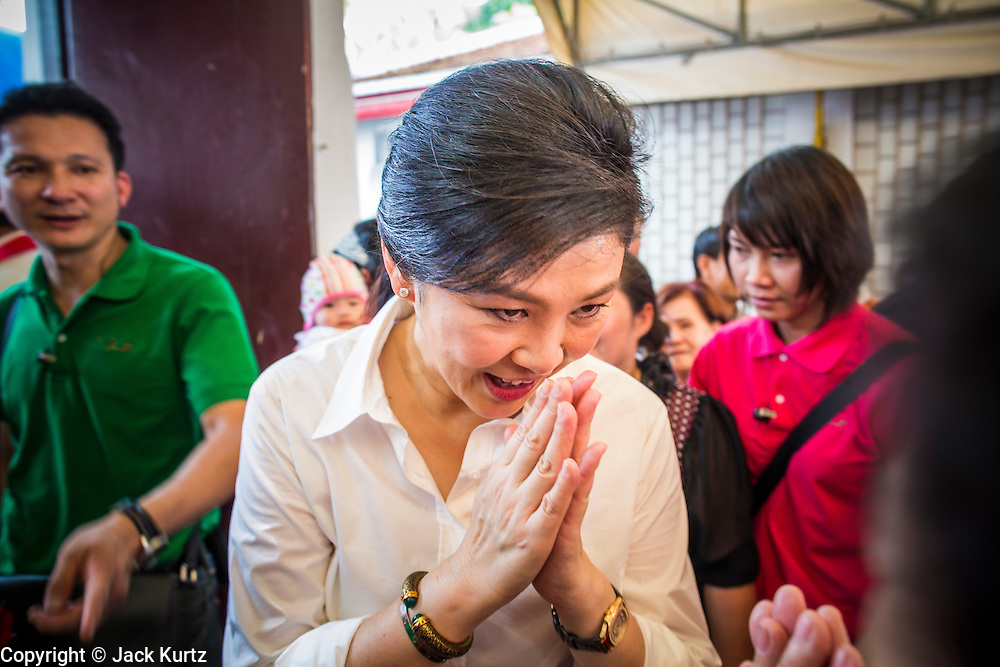