29 JULY 2010 - PHOENIX, AZ: Jenny Sanchez (CQ) leads a chant against Sheriff Joe Arpaio on Washington St in Phoenix Thursday. Dozens of people were arrested during protests against SB 1070 across central Phoenix Thursday. US Judge Susan Bolton's ruling Wednesday stopped four of SB 1070's more than a dozen provisions from going into effect. She wrote, "The court also finds that the United States is likely to suffer irreparable harm if the court does not preliminarily enjoin enforcement of these sections," she states in the ruling. "The balance of equities tips in the United States' favor considering the public interest." PHOTO BY JACK KURTZ 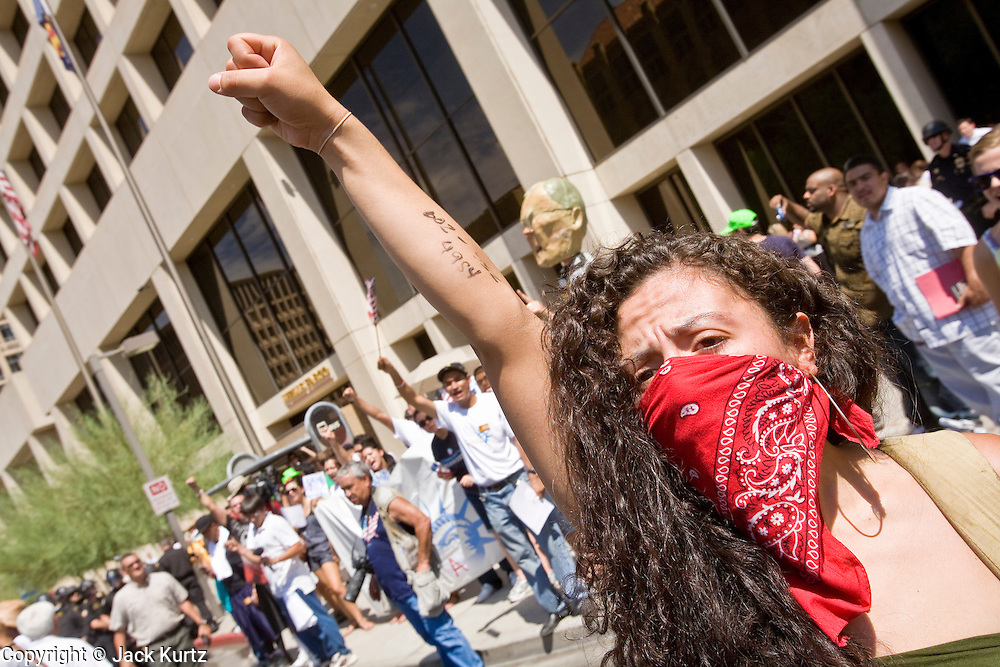