Oct. 1, 2009 -- BANGKOK, THAILAND: Medics and volunteers from Poh Teck Tung help a woman who attempted suicide after an argument with her husband. Neighbors said the woman swallowed mosquito poison. She was unconscious and unresponsive and the crew rushed her to a nearby hospital. They left before getting final word on her status. The 1,000 plus volunteers of the Poh Teck Tung Foundation are really Bangkok's first responders. Famous because they pick up the dead bodies after murders, traffic accidents, suicides and other unplanned, often violent deaths, they really do much more. Their medics respond to medical emergencies, from minor bumps and scrapes to major trauma. Their technicians respond to building collapses and traffic accidents with heavy equipment and the "Jaws of Life" and their divers respond to accidents in the rivers and khlongs of Bangkok. The organization was founded by Chinese immigrants in Bangkok in 1909. Their efforts include a hospital, college tuition for the poor and tsunami relief. Photo by Jack Kurtz / ZUMA Press 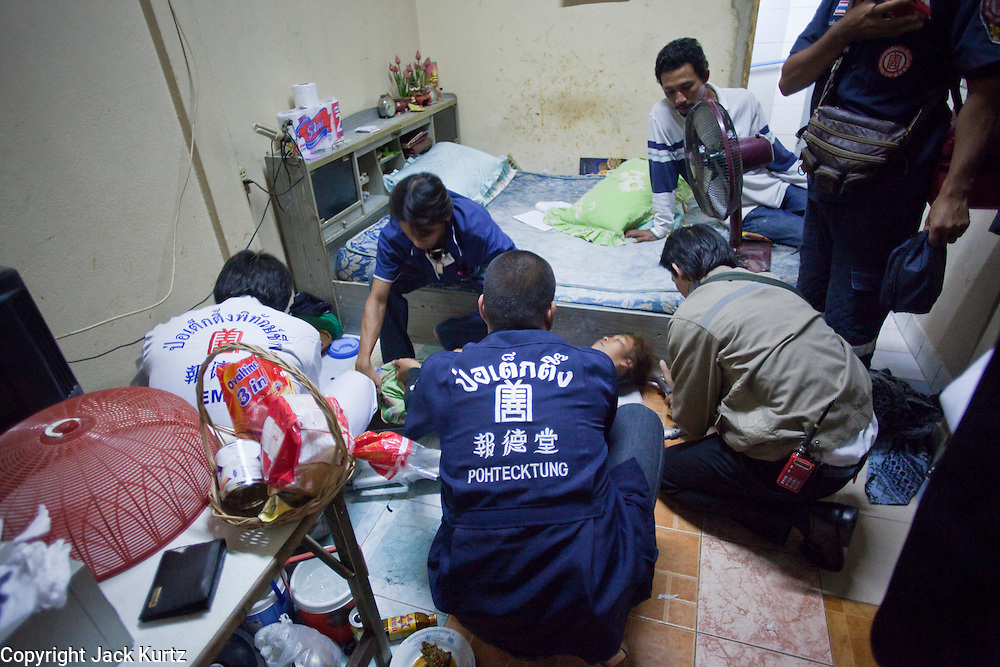