20 MAY 2010 - BANGKOK, THAILAND: People wait to be evacuated from Royal Thai police headquarters in the Ratchaprasong Intersection in Bangkok Thursday. The people were among the thousands who took shelter in Wat Pathumwanaram, across the street from the police headquarters, during heavy fighting between anti government protesters and the army on Wednesday. The day after a military crackdown killed at least six people, Thai authorities continued mopping up operations around the site of the Red Shirt rally stage and battle fires set by Red Shirt supporters in the luxury malls around the intersection. PHOTO BY JACK KURTZ 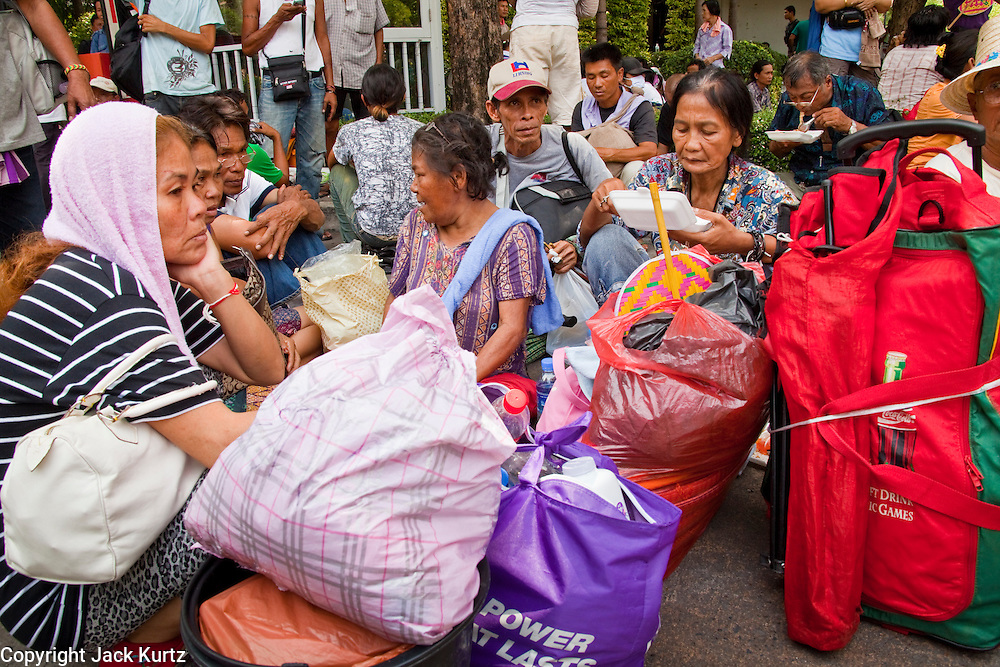