20 DECEMBER 2013 - BANGKOK, THAILAND: An anti-government protestor on Silom Road in Bangkok. Alleged corruption by members of the Shinawatra family is one the main complaints of the protestors. Thousands of anti-government protestors, supporters of the so called Peoples Democratic Reform Committee (PRDC), jammed the Silom area, the "Wall Street" of Bangkok, Friday as a part of the ongoing protests against the caretaker government of Yingluck Shinawatra. Yingluck dissolved the Thai Parliament earlier this month and called for national elections on Feb. 2, 2014. The protestors want the elections postponed and the caretaker government to step down. The Thai election commission ruled Friday that the election would go on dispite the protests. PHOTO BY JACK KURTZ 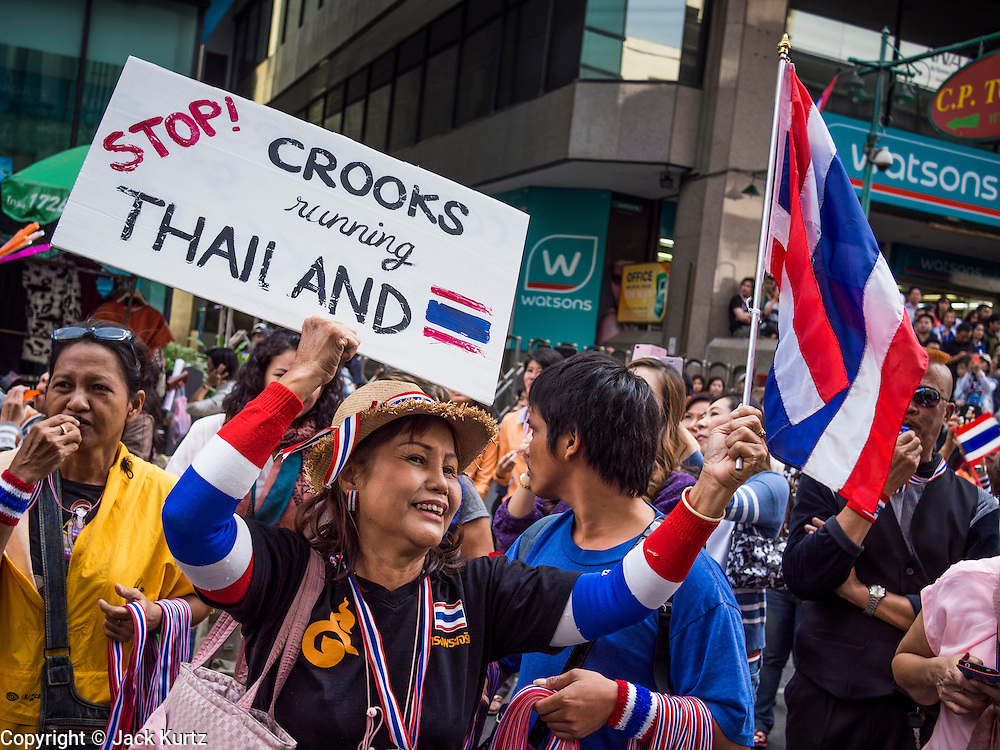