10 APRIL 2006 - PHOENIX, AZ: SELVIN SUCHITE, an undocumented immigrant from Guatemala who has been in the US for 20 years, demonstrates in favor of the immigration bill proposed by Arizona Sen. John McCain and Massachusetts Sen. Ted Kennedy during an immigration demonstration in Phoenix, AZ. More than 200,000 people participated in a march for immigrants's rights in Phoenix Monday. The march was a part of a national day of action on behalf of undocumented immigrants. There were more than 100 such demonstrations across the US Monday. Protestors were encouraged to wear white, to symbolize peace, and wave American flags, to demonstrate their patriotism to the US. Photo by Jack Kurtz 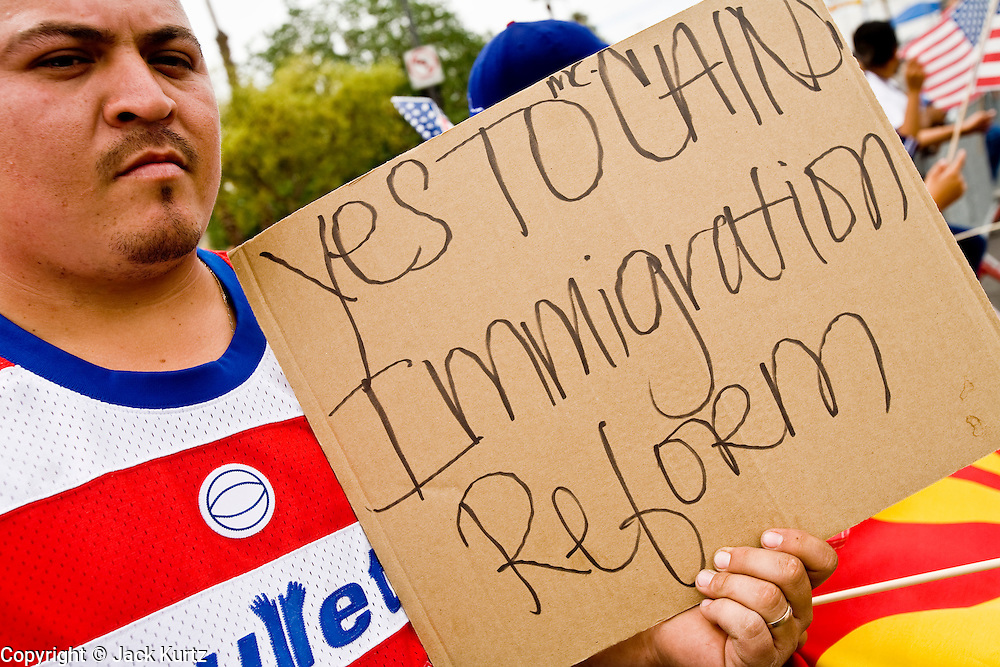