29 JULY 2007 -- BRUNIG, OBWALDNER, SWITZERLAND: Men who lost their match, their faces covered in sawdust at the Brunig Schwinget, a wrestling tournament in Brunig, in the canton of Obwaldner, Switzerland. Schwingets are Swiss style wrestling tournaments held throughout Switzerland. They are usually held outdoors in Alpine mountain passes. Wrestlers wear special canvas pants over their regular clothes. They grip each others pants and wrestle on bed of sawdust. The Schwinget in Brunig is one of the most popular in Switzerland with over 6,000 spectators and more than 120 wrestlers. There is Swiss Alpenhorn blowing, flag throwing and yodeling at the Schwinget. Photo by Jack Kurtz 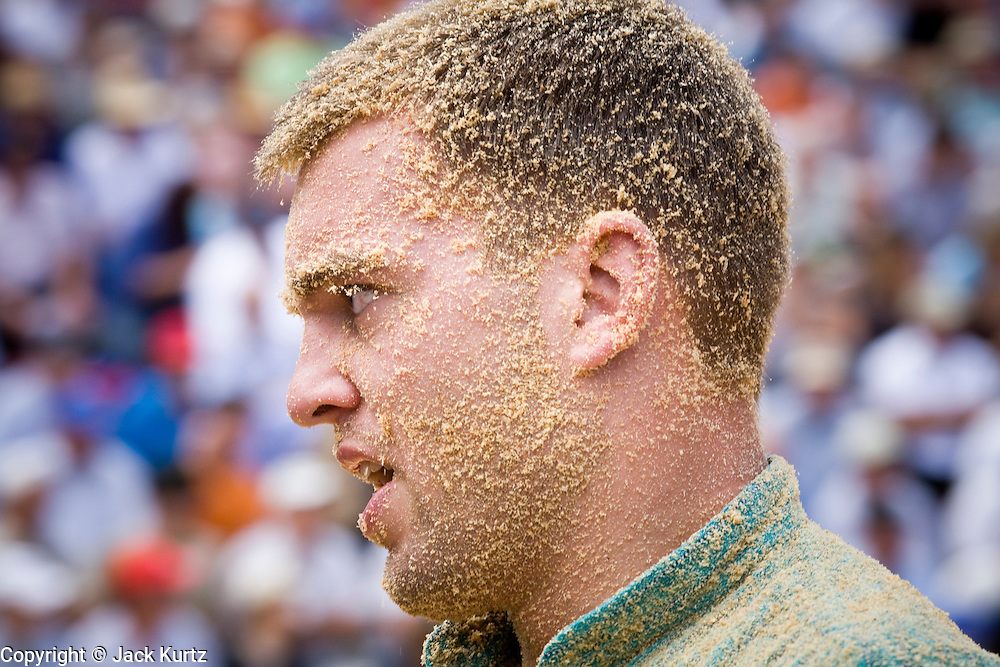