28 OCTOBER 2014 - BANGKOK, THAILAND: Passengers going into Bangkok on the Silom line of the Bangkok Skytrain wait for an arriving train on the Saphan Taksin station platform. The Skytrain (called the BTS) system has a combined length of 36 kilometres and includes 34 stations, including Saphan Taksin. While there are two train tracks for most stretches of the Skytrain system, the portion on the Saphan Taksin Bridge spanning the Chao Phraya River has just one track due to limited space, causing a bottleneck when an outbound train and inbound train arrive at the bridge at the same time. The Bangkok Metropolitan Authority (BMA) had sought permission from the Department of Rural Roads to expand the Taksin Bridge in order to make way for an additional track, but the department had said it was not possible. The Saphan Taksin station was originally supposed to be temporary and is one of the busiest on the system. It’s a connecting station for the Chao Phraya River boats used by Thai commuters coming into the city from neighboring provinces and tourists who use the boats to go upriver into the old parts of Bangkok from the central business district. More than 4,000 commuters a day use the station. The BMA plans to build an elevated moving sidewalk to the river from Surasak BTS station about one kilometer away. Surasak is the nearest station to Saphan Taksin. The Skytrain system has a combined length of 36 kilometres and includes 34 stations, including Saphan Taksin. PHOTO BY JACK KURTZ 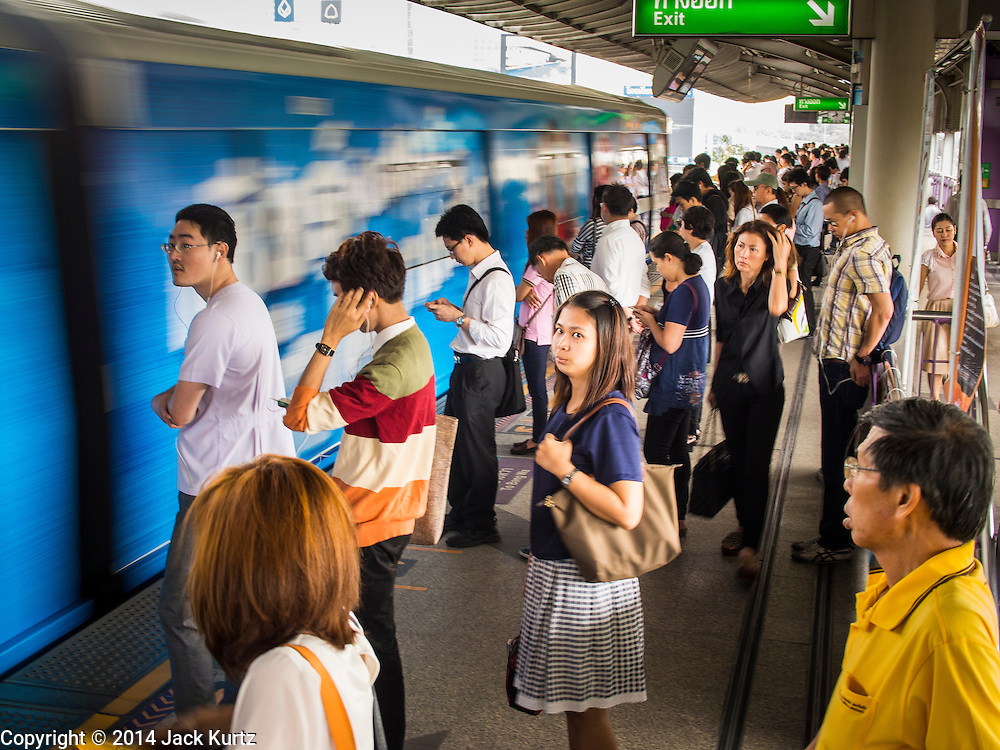