05 AUGUST 2016 - BANGKOK, THAILAND: Supporters of Yingluck Shinawatra sit on the front lawn of the court building after Yingluck arrived at the Supreme Court in Bangkok. Yingluck appeared in court of Thailand Friday to start her legal defense. She was deposed by a military coup in 2014 and is being tried on corruption and mismanagement charges related to a price support plan for Thai rice farmers that was instituted while she was Prime Minister. More than two years after her government was deposed by a military coup, she is still a popular figure and hundreds of her supporters packed the area around the courthouse to greet her when she arrived at the Court. PHOTO BY JACK KURTZ 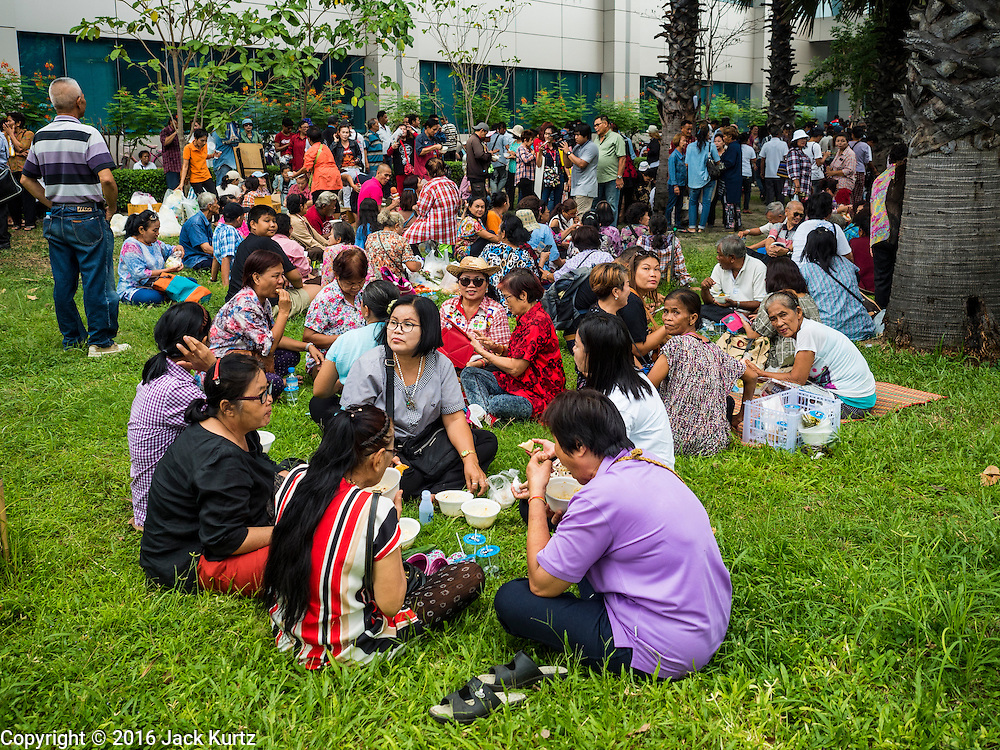