03 APRIL 2008 -- GUADALUPE, AZ: TONY MORENO and his daughter, KAYLEE MORENO hold up a sign in on a street in Guadalupe, AZ, a suburb of Phoenix, in opposition to Sheriff Joe Arpaio and the crime sweep deputies conducted in Guadalupe Thursday. The sign is a reference to a double stabbing that took place over the weekend a few miles from Guadalupe. Guadalupe is a working class unincorporated town south of Phoenix. Most of the town's residents are Native Americans and Hispanics and hundreds of people lined the street to protest the sweep. In 2011, the US Department of Justice issued a report highly critical of the Maricopa County Sheriff's Department and the jails. The DOJ said the Sheriff's Dept. engages in widespread discrimination against Latinos during traffic stops and immigration enforcement, violates the rights of Spanish speaking prisoners in the jails and retaliates against the Sheriff's political opponents. PHOTO BY JACK KURTZ 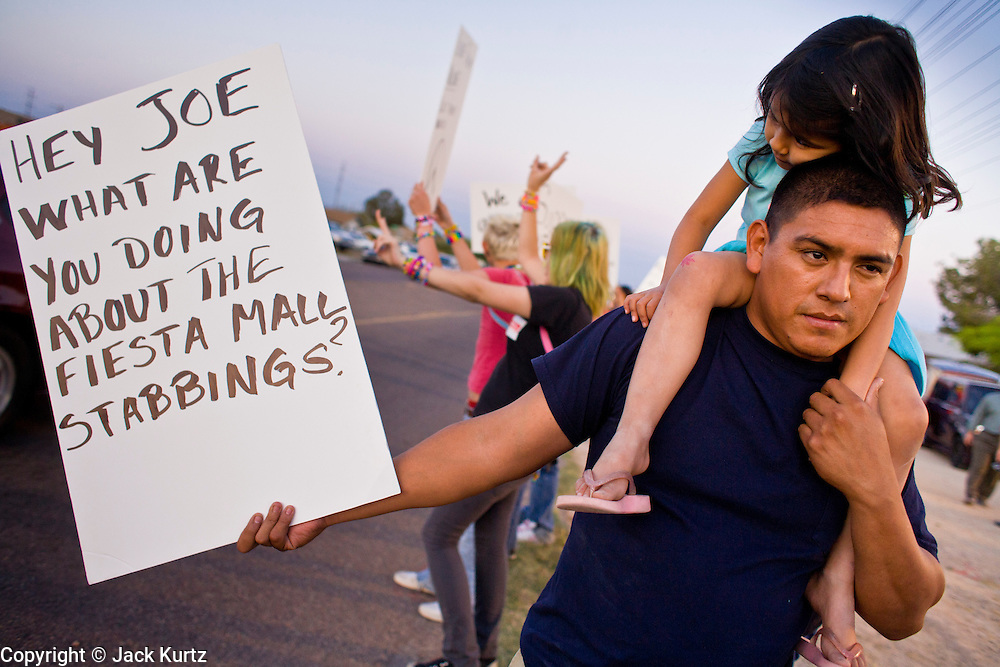