19 MARCH 2015 - AYUTTHAYA, AYUTTHAYA, THAILAND: A man prepares to step off the Ayutthaya to Bangkok third class train as the train pulls into Bang Pa In station near Ayutthaya. The train line from Bangkok to Ayutthaya was the first rail built in Thailand and was opened in 1892. The State Railways of Thailand (SRT), established in 1890, operates 4,043 kilometers of meter gauge track that reaches most parts of Thailand. Much of the track and many of the trains are poorly maintained and trains frequently run late. Accidents and mishaps are also commonplace. Successive governments, including the current military government, have promised to upgrade rail services. The military government has signed contracts with China to upgrade rail lines and bring high speed rail to Thailand. Japan has also expressed an interest in working on the Thai train system. Third class train travel is very inexpensive. Many lines are free for Thai citizens and even lines that aren’t free are only a few Baht. Many third class tickets are under the equivalent of a dollar. Third class cars are not air-conditioned. PHOTO BY JACK KURTZ 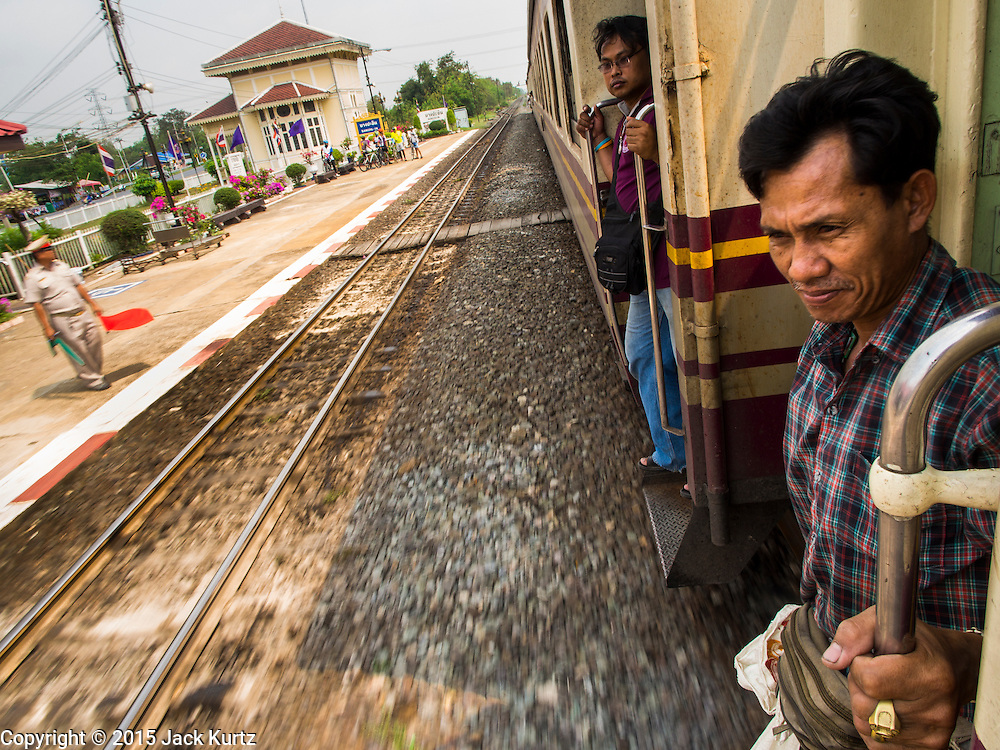