15 NOVEMBER 2008 -- PHOENIX, AZ: SCOTT BOWERMAN (left) and his husband, WES FULLER, at a gay rights rally in Phoenix, AZ. They were married in California in August. About 1,500 people, gay and straight, participated in a rally at the Phoenix, AZ, city hall to protest the passage of Proposition 102 in Arizona and Proposition 8 in California on November 4. In both states the propositions essentially defined marriage as between a man and woman and banned same sex marriages. The protest in Phoenix was one of several held across the United States Saturday. Photo by Jack Kurtz / ZUMA Press 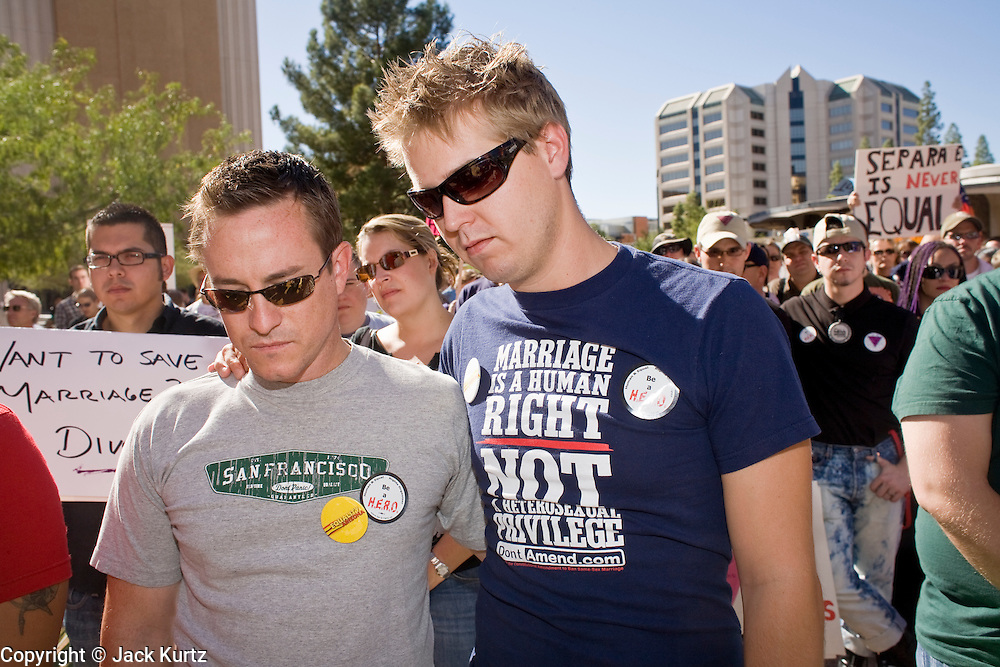