24 FEBRUARY 2015 - PHNOM PENH, CAMBODIA: A man grates papaya for Khmer salads while his child and wife talk to him in the White Building. The White Building, the first modern apartment building in Phnom Penh, originally had 468 apartments, and was opened the early 1960s. The project was overseen by Vann Molyvann, the first Cambodian architect educated in France. The building was abandoned during the Khmer Rouge occupation. After the Khmer Rouge were expelled from Phnom Penh in 1979, artists and dancers moved into the White Building. Now about 2,500 people, mostly urban and working poor, live in the building. Ownership of the building is in dispute. No single entity owns the building, some units are owned by their occupants, others units are owned by companies who lease out apartments. Many of the original apartments have been subdivided since the building opened and serve as homes to two or three families. The building has not been renovated since the early 1970s and is in disrepair. Phnom Penh officials have tried to evict the tenants and demolish the building but residents refuse to move out. PHOTO BY JACK KURTZ 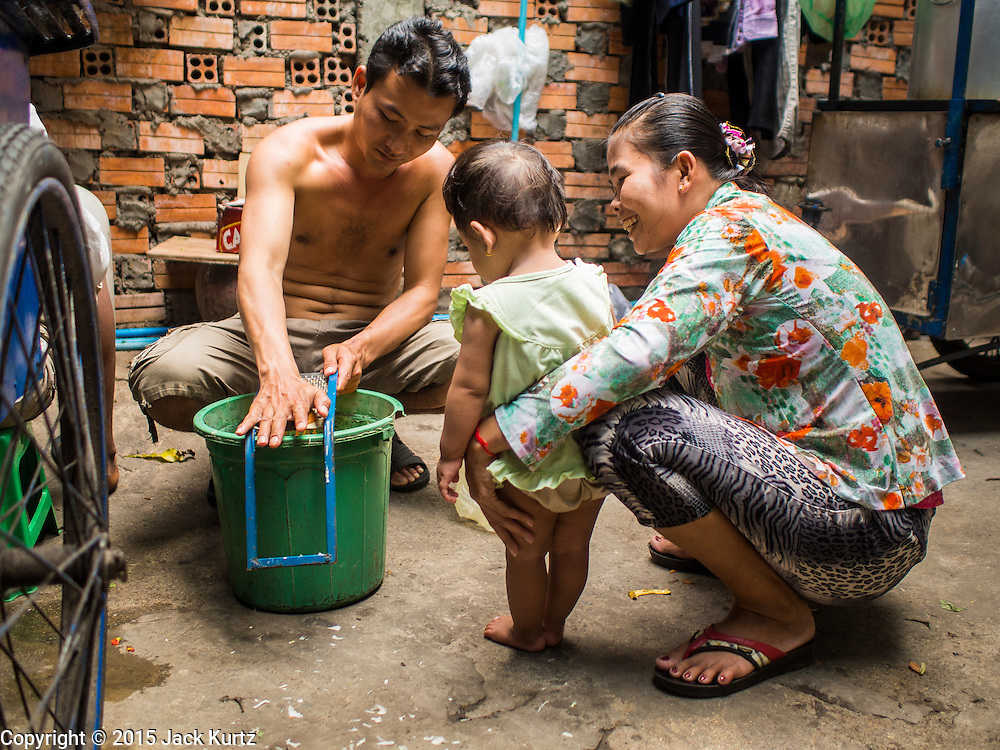