02 JULY 2006 - PHNOM PENH, CAMBODIA: Medics and officials check out a fighter after he lost in a knockout during a traditional Khmer boxing match in Phnom Penh, Cambodia. Khmer boxing is the same sport as Muay Thai (traditional Thai kick boxing) but because off animosity between Thailand and Cambodia it is called Khmer Boxing in Cambodia. The Cambodians claim to have invented the sport, which is also practiced in Laos and Burma. Photo by Jack Kurtz 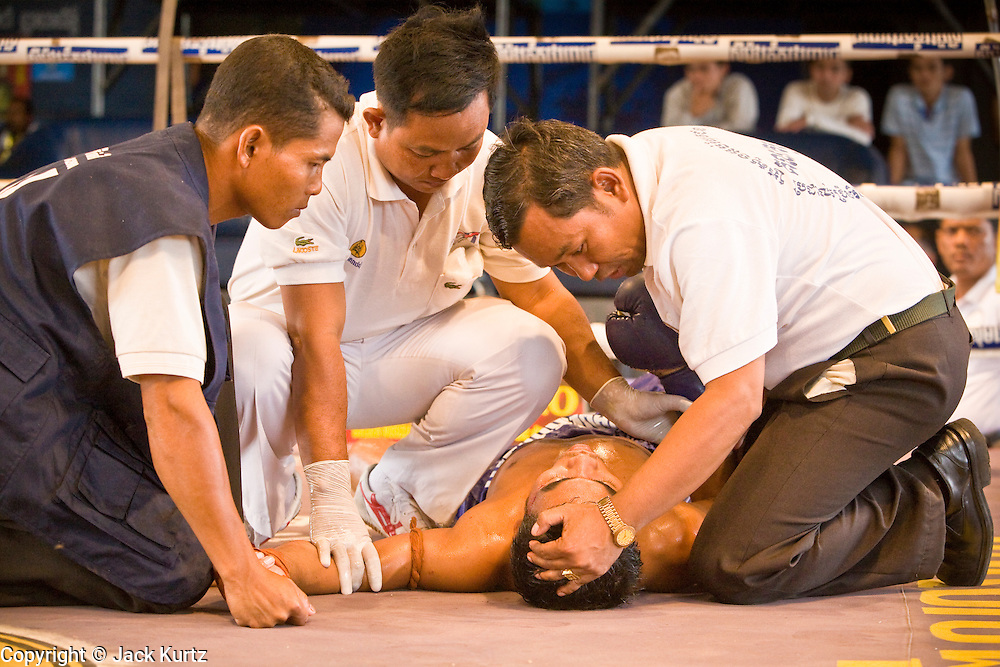