27 NOVEMBER 2012 - BANGKOK, THAILAND: A "carny" waits for customers at a shooting booth at the Wat Saket Temple Fair in Bangkok. Thailand is facing a rising tide of gun violence and is wrestling with how to curb it. Despite strict gun control laws, more and more guns are showing up in the country. Wat Saket, popularly known as the Golden Mount or "Phu Khao Thong," is one of the most popular and oldest Buddhist temples in Bangkok. It dates to the Ayutthaya period (roughly 1350-1767 AD) and was renovated extensively when the Siamese fled Ayutthaya and established their new capitol in Bangkok. The temple holds an annual fair in November, the week of the full moon. It's one of the most popular temple fairs in Bangkok. The fair draws people from across Bangkok and spills out in the streets around the temple. PHOTO BY JACK KURTZ 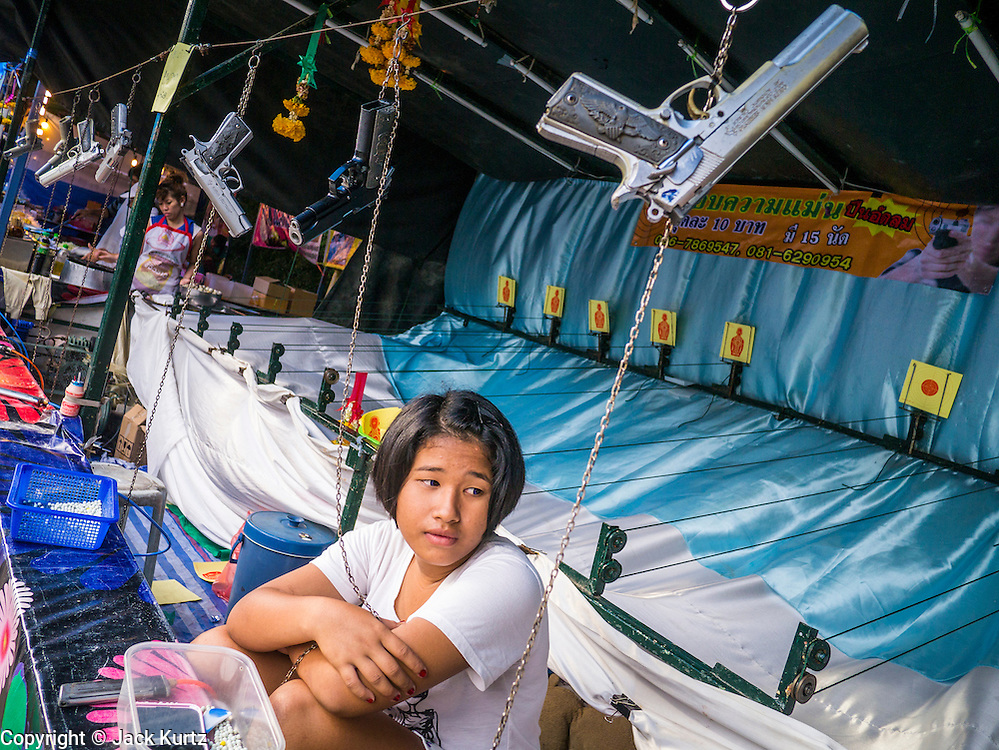