Jan. 26, 2009 -- PHOENIX, AZ: Arizona Cardinals fans wave team flags during a pep rally for the team at Sky Harbor Airport in Phoenix after the team left for Tampa to play in the Super Bowl. The Arizona Cardinals are in the Super Bowl for the first time in the team's history. They defeated the Philadelphia Eagles to win the NFC Championship on Jan 18. With a record of 9 - 7 they have one of the worst records of any team to make the Super Bowl. Before this year they had a total of two playoff victories in the team's 111 year history, in 1947 when they won the league championship, and 1998 in a wild card game against the Dallas Cowboys. They face the Pittsburgh Steelers in Tampa on Feb. 1. Photo By Jack Kurtz / ZUMA Press 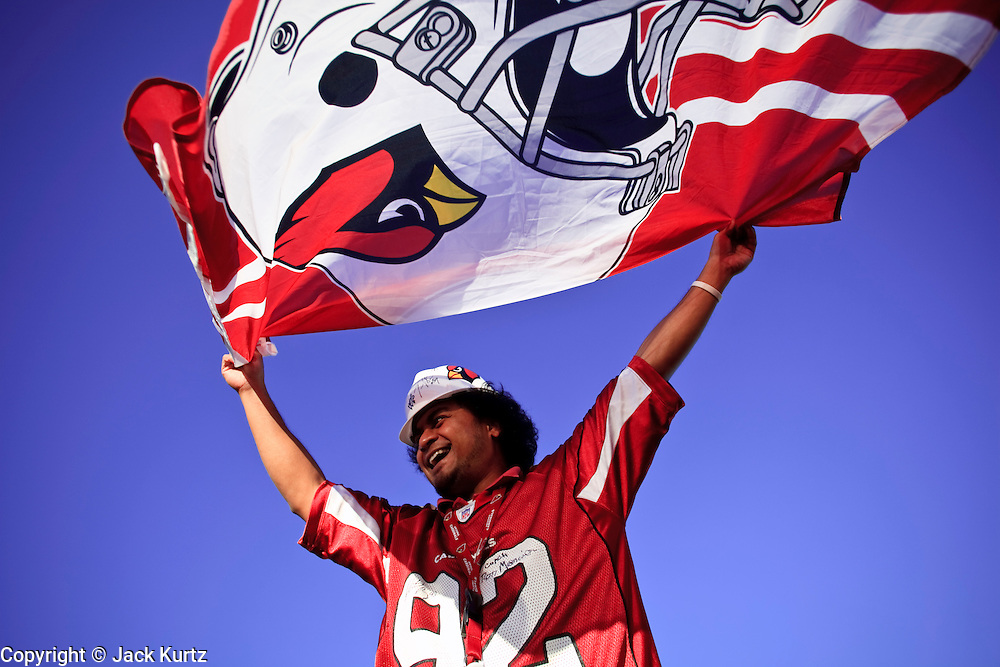