04 FEBRUARY 2010 - CAMP VERDE, AZ: James Arthur Ray walks back to the Yavapai County Jail from the county courthouse after his initial appearance Thursday. Ray had his initial appearance in Yavapai County Court in Camp Verde Thursday morning. His bail was set at $5 Million Dollars (US). Ray did not post bail and remains in jail. Ray was arrested in Prescott, AZ, on Feb 3 and charged with three counts of manslaughter after three people died during a sweat lodge ceremony he was holding in Sedona, AZ, in October 2009. The ceremony was a part of a "Spiritual Warrior" workshop Ray was leading. He charged participants $8,000 each. PHOTO BY JACK KURTZ NO SALES 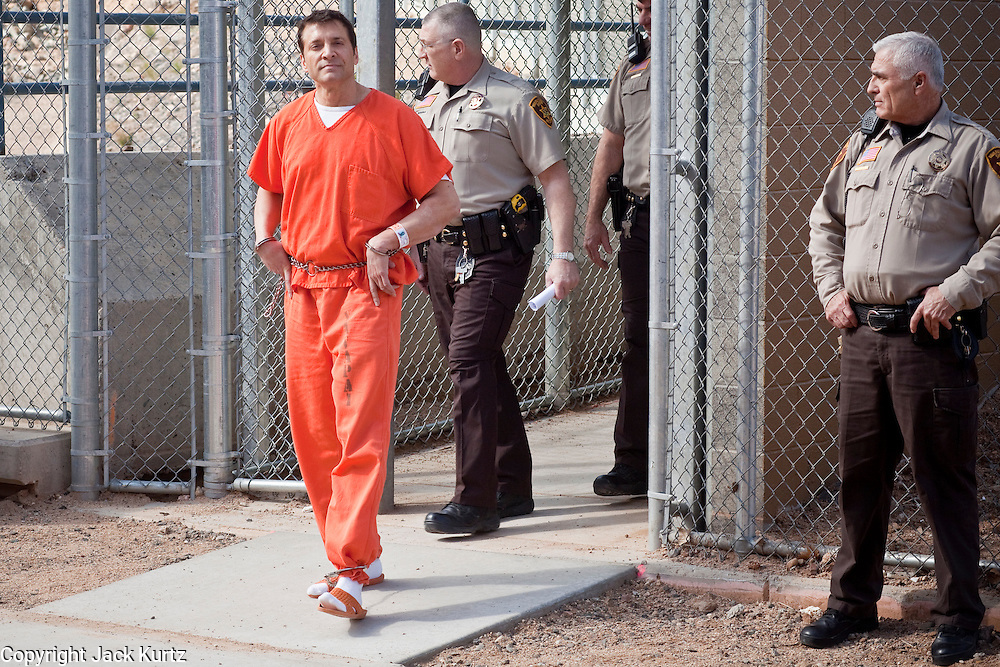