10 MAY 2010 - BANGKOK, THAILAND: Buddhist monks rest their hands in their robes during a special memorial service for people killed in political street violence in Bangkok on April 10. The Red Shirts held a special memorial service at their main protest site in Ratchaprasong Intersection Monday with Buddhist monks leading chants to mark the one month anniversary of the street violence on April 10 that left 25 dead and more than 800 injured. Thai media is reporting that Prime Minister Abhisit Vejjajiva has given the Red Shirts has given the Red Shirts until the end of today to either accept his "Road Map for Reconciliation" and end the protest or face unspecified consequences widely thought to include a military crackdown. Photo by Jack Kurtz / ZUMA Press 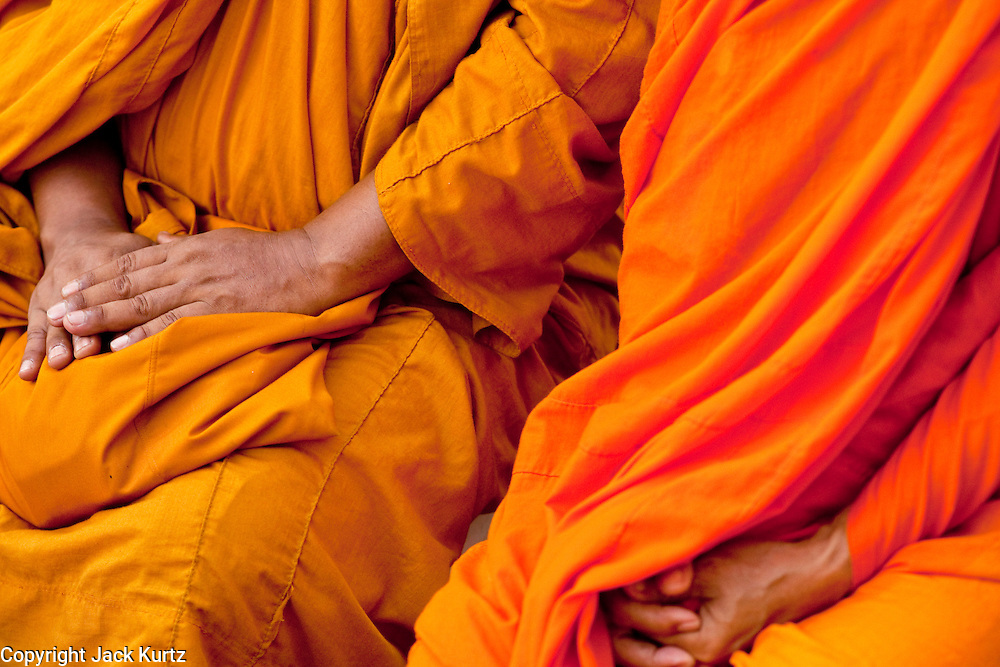