May 29 - TEMPE, AZ: Opponents of illegal immigration and supporters of Arizona SB070 at a rally in Tempe, AZ. About 3,000 people attended a "Buy Cott Arizona" rally at Tempe Diablo Stadium in Tempe, AZ Saturday night. The rally was organized by members of the Arizona Tea Party movement to show support for Arizona law SB1070. The "Buy Cott" is a reaction to the economic boycott planned by opponents of SB1070. SB1070 makes it an Arizona state crime to be in the US illegally and requires that immigrants carry papers with them at all times and present to law enforcement when asked to. Critics of the law say it will lead to racial profiling, harassment of Hispanics and usurps the federal role in immigration enforcement. Supporters of the law say it merely brings Arizona law into line with existing federal laws. Photo by Jack Kurtz 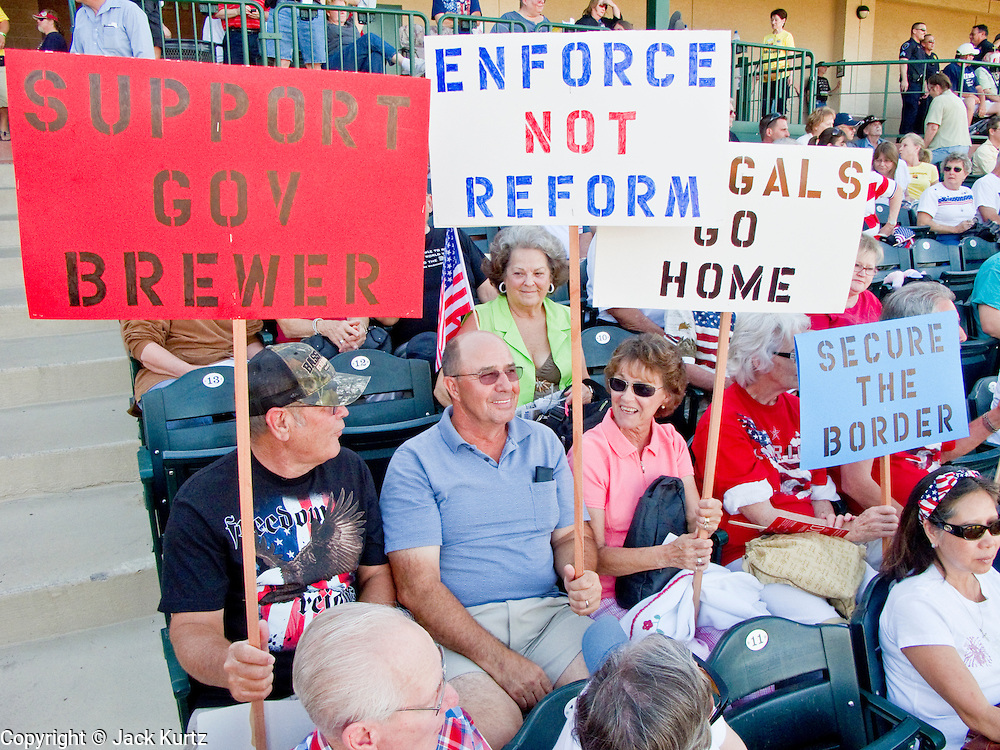