02 DECEMBER 2013 - BANGKOK, THAILAND: Anti-government protestors rush one of their colleagues to a medical unit after he was injured by a rubber bullet during a riot in Bangkok Monday. Anti-government protestors and Thai police continued to face off Monday for a second day. Police used tear gas, water cannons and rubber bullets against protestors who charged their positions near the barriers on Chamai Maruchet bridge on Phitsanulok Road, which leads to the Government House. PHOTO BY JACK KURTZ 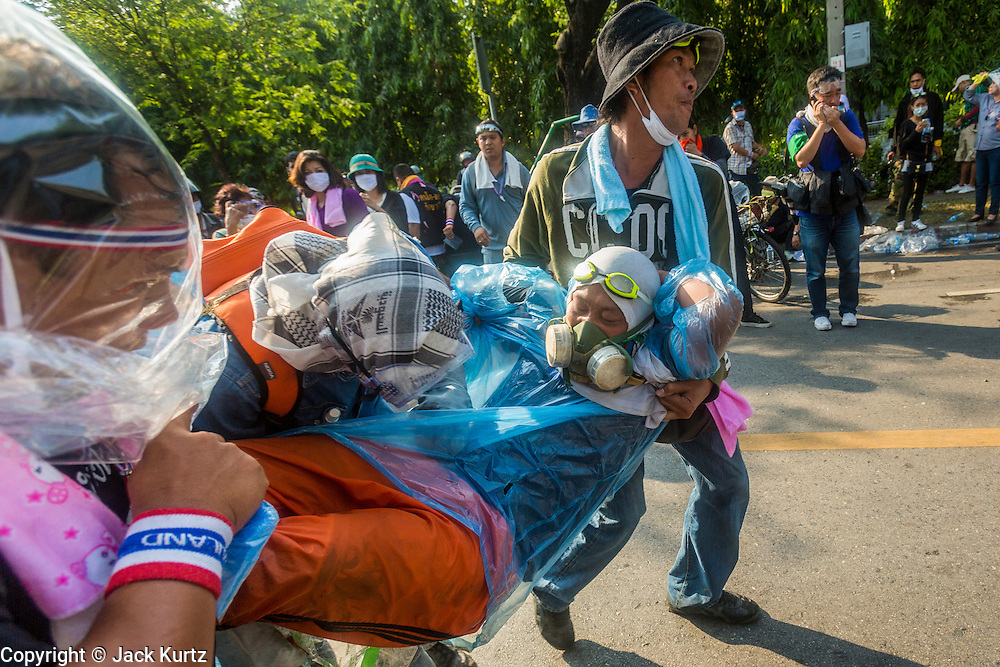