27 NOVEMBER 2013 - BANGKOK, THAILAND: Anti-government protestors hand flowers to Royal Thai police officers at Royal Thai Police Headquarters on Rama I Road in Bangkok. About 500 people from the Silom area of Bangkok walked to Royal Thai Police Headquarters on Rama I Road and presented police officers with roses and orchids. The action was one of the continuing anti-government protests gridlocking the Thai capital. After the meeting at police headquarters the protestors joined other protestors at the Ministry of Finance. Protests also spread to other government ministries and several provinces in southern Thailand, a stronghold of the opposition. PHOTO BY JACK KURTZ 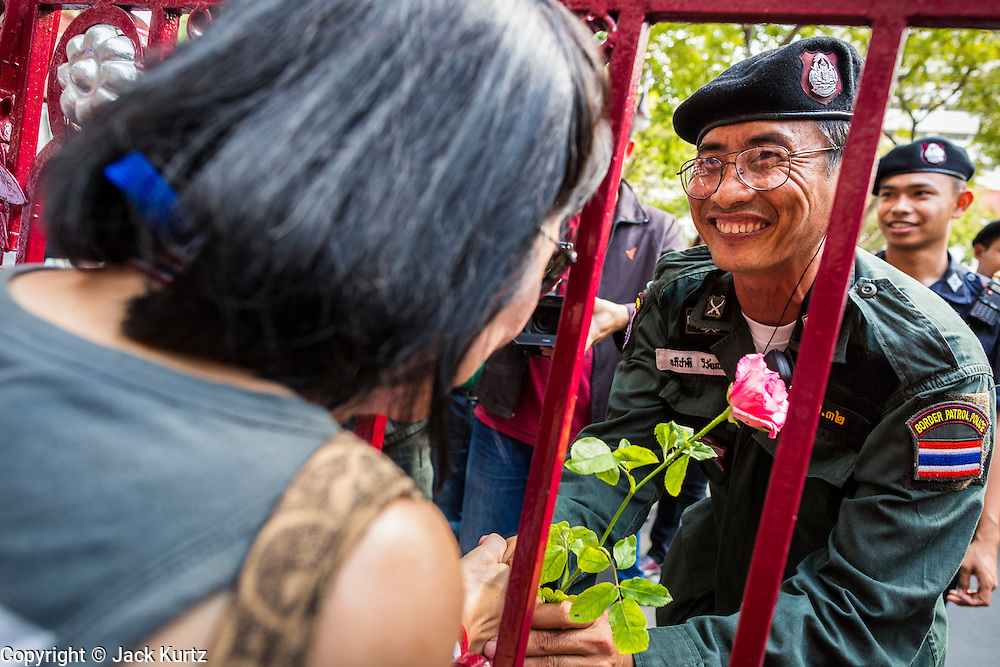