17 JULY 2006 - PHOENIX, AZ: Inmates stand their hands over the hearts while the National Anthem is played in "Tent City" in the Maricopa County Jail in Phoenix, AZ. There are about 650 inmates living in the tents. Maricopa County Sheriff Joe Arpaio recently started playing the Star Spangled Banner and God Bless America twice a day in the county jails. Inmates are encouraged, but not forced, to stand at attention with their hands over their hearts, when the music is played. When asked about the new policy Arpaio said, "Our men and women are fighting and dying for our country in Iraq and that's the least these inmates can do." In 2011, the US Department of Justice issued a report highly critical of the Maricopa County Sheriff's Department and the jails. The DOJ said the Sheriff's Dept. engages in widespread discrimination against Latinos during traffic stops and immigration enforcement, violates the rights of Spanish speaking prisoners in the jails and retaliates against the Sheriff's political opponents. PHOTO BY JACK KURTZ 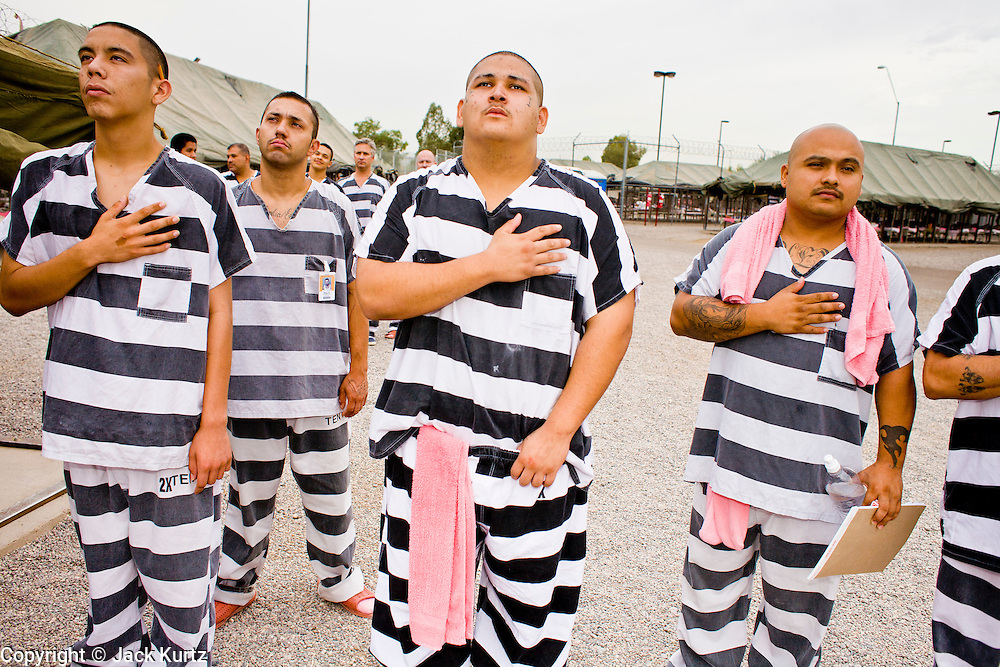