Sept. 25, 2009 -- PATTANI, THAILAND: Men gather for Friday prayers in the Central Mosque in Pattani, Thailand. The mosque's Imam said a special prayer on this day for the Thai King who is in a hospital in Bangkok. Pattani's Central Mosque is considered the most architecturally striking mosque in Thailand and was a leading tourist site until the current violence put an end to mass tourism in Pattani. Thailand's three southern most provinces; Yala, Pattani and Narathiwat are often called "restive" and a decades long Muslim insurgency has gained traction recently. Nearly 4,000 people have been killed since 2004. The three southern provinces are under emergency control and there are more than 60,000 Thai military, police and paramilitary militia forces trying to keep the peace battling insurgents who favor car bombs and assassination. Photo by Jack Kurtz / ZUMA Press 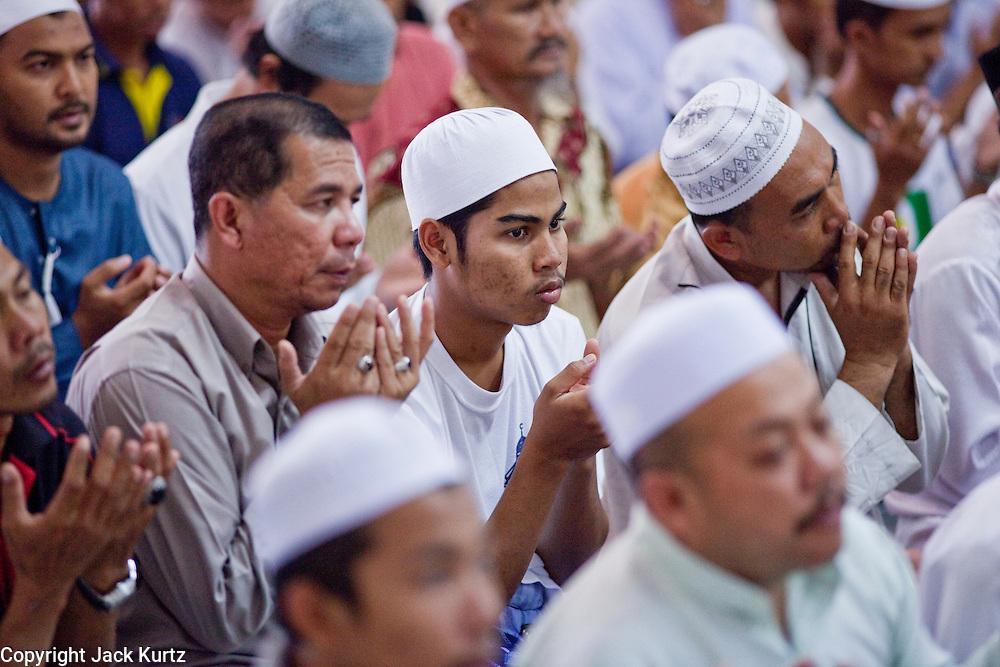