19 NOVEMBER 2017 - HWAMBI, YANGON REGION, MYANMAR: A man kneels in the portico during mass at Sacred Heart’s Catholic Church in Hwambi, about 90 minutes north of Yangon. More than 500 people attend mass at Sacred Heart's, and the sanctuary was full. Catholics in Myanmar are preparing for the visit of Pope Francis. He is coming to the Buddhist majority country November 27-30. There about 500,000 Catholics in Myanmar, about 1% of the population. Catholicism was originally brought to what is now Myanmar more than 500 years ago by Portuguese missionaries and traders. PHOTO BY JACK KURTZ 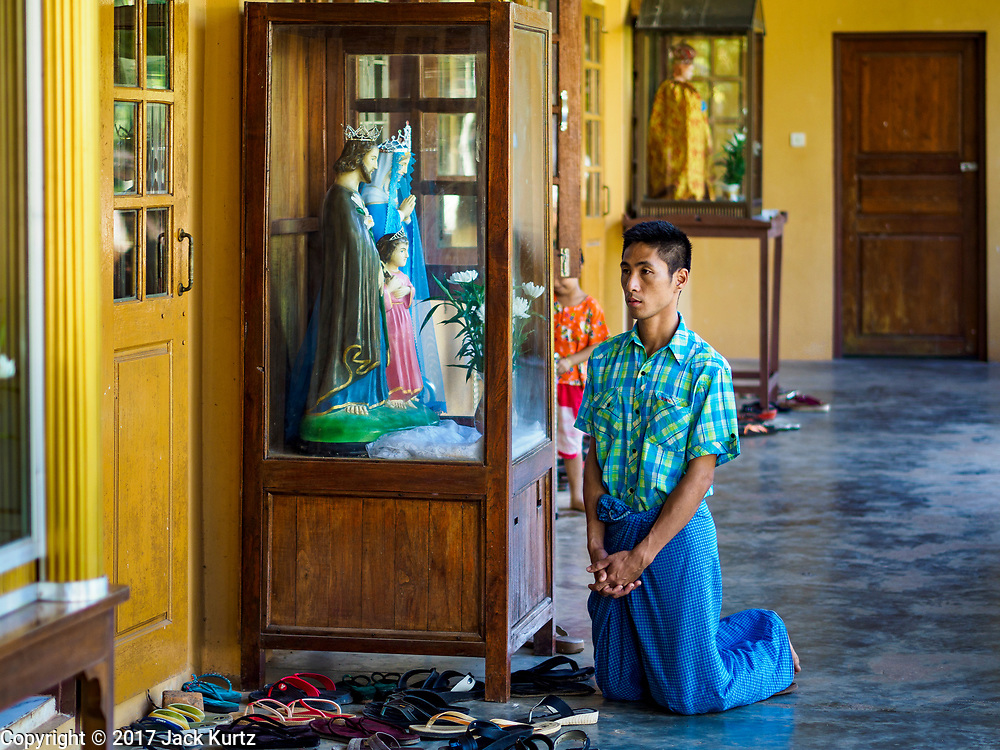