22 DECEMBER 2011 - PHOENIX, AZ: Women at a vigil against sexual violence in Phoenix. About 300 people marched through downtown Phoenix Thursday night in a silent candle lit procession to protest against the way the Maricopa County Sheriff's Department, led by Sheriff Joe Arpaio, has conducted sexual assault and rape investigations. Two recent media reports, one by the East Valley Tribune, a newspaper in Mesa, AZ, and one by the Associated Press, concluded that the Sheriff's department has bungled more than 430 rape investigations. Last week, a US Department of Justice report cited the unresolved rape investigations along with evidence of wide spread racial profiling by the sheriff's department in a report that was highly critical of Sheriff Arpaio and the Sheriff's Department. PHOTO BY JACK KURTZ 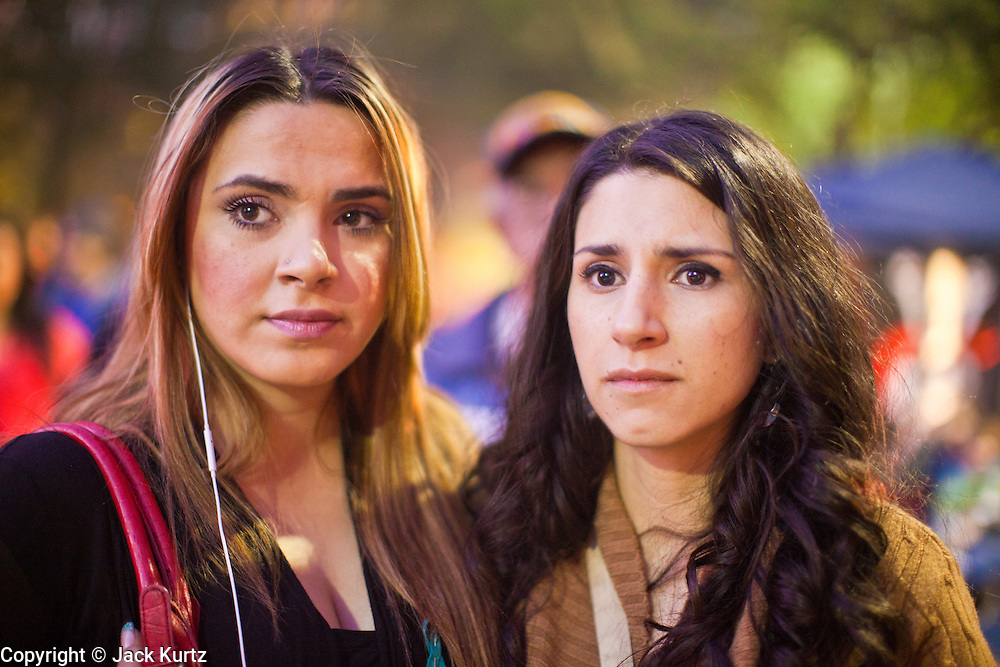