03 FEBRUARY 2013 - PHNOM PENH, CAMBODIA: Cambodians have their heads shaved to honor former King Norodom Sihanouk, who ruled Cambodia from independence in 1953 until he was overthrown by a military coup in 1970. In Cambodian culture, widows and children shave their heads to honor their husband or father. King Sihanouk, whose final title was "King-Father" was viewed as the father of his country because he secured Cambodia's independence from the French. The only music being played publicly is classical Khmer music. Sihanouk died in Beijing, China, in October 2012 and will be cremated during a state funeral royal ceremony on Monday, Feb. 4. PHOTO BY JACK KURTZ 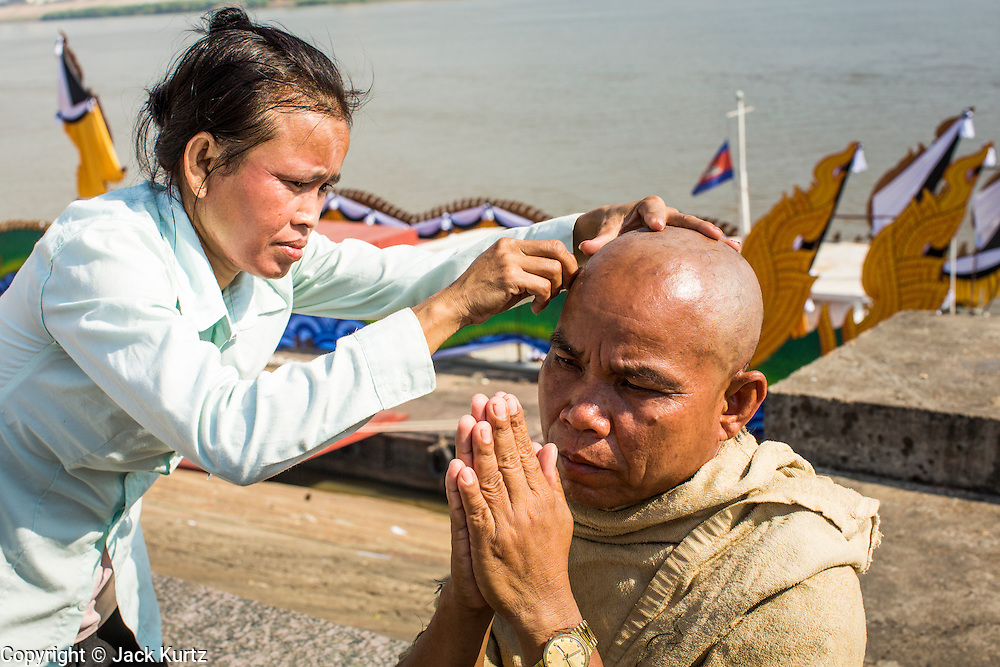