09 AUGUST 2015 - BANGKOK, THAILAND: Women carry a portrait of Queen Sirikit of Thailand across the stage during a talent show in Bangkok to honor the Queen before her birthday. Sirikit was born Mom Rajawongse Sirikit Kitiyakara on 12 August 1932, is the queen consort of Bhumibol Adulyadej, King (Rama IX) of Thailand. She met Bhumibol in Paris, where her father was the Thai ambassador. They married in 1950, shortly before Bhumibol's coronation. Sirikit was appointed Queen Regent in 1956. Sirikit produced one son and three daughters. As the consort of the king who is the world's longest-reigning head of state, she is also the world's longest-serving consort of a monarch. Sirikit suffered a stroke on 21 July 2012 and has since refrained from public appearances. Her birthday is celebrated as Mother's Day in Thailand. PHOTO BY JACK KURTZ 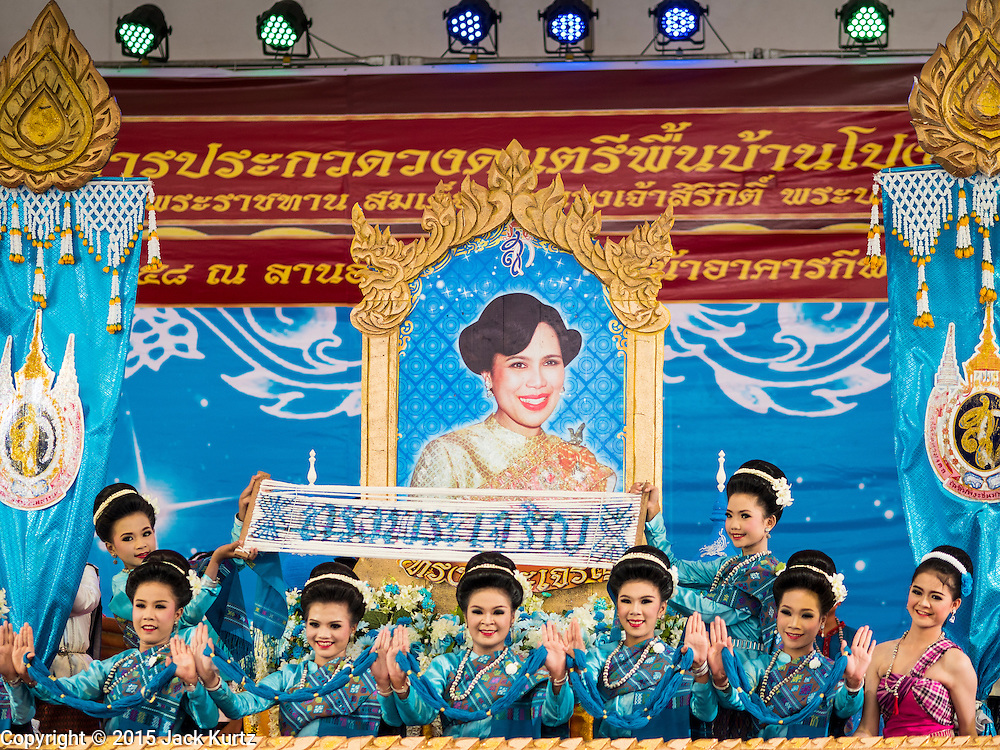