03 AUGUST 2007 -- BERN, SWITZERLAND: The Zytglogge (glockenspiel) in Bern, the federal capital of Switzerland. Hundreds of tourists line up every day to see it play every hour on the hour. The city was founded in the 12th century by Berchtold V, Duke of Zahringen, who established a fort on the site of the present day city. Because of its well maintained downtown core, preserved arcades and fountains, Bern is a UNESCO World Heritage Site. Photo by Jack Kurtz/ZUMA Press 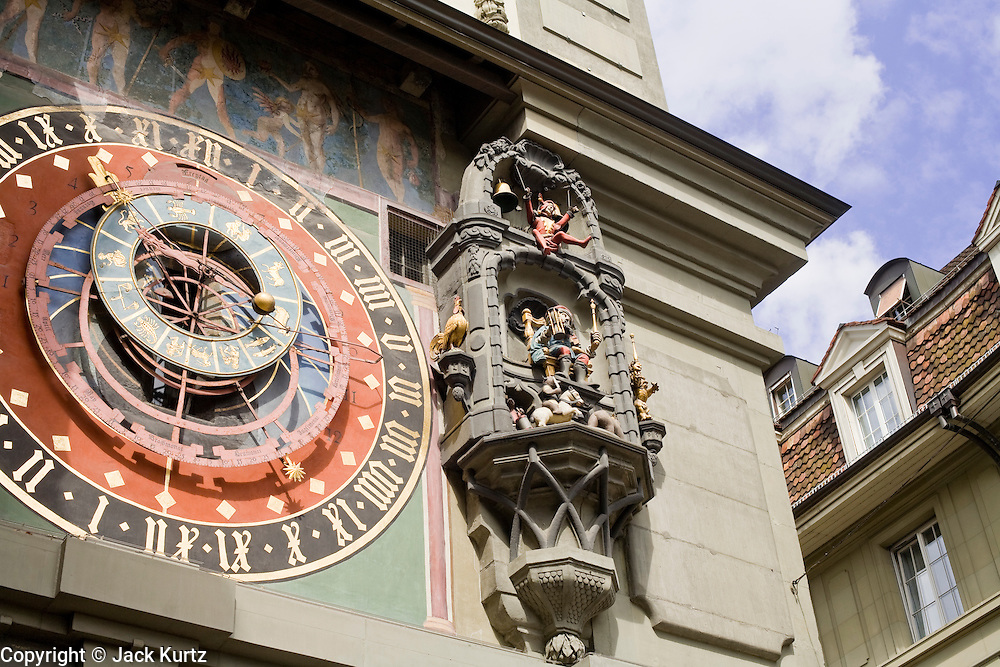