09 JULY 2014 - ARANYAPRATHET, SA KAEO, THAILAND: Cambodian migrant workers line up for photos and ID cards at the Thai Immigration One Stop Service Center in Aranyaprathet on the Thai-Cambodian border. More than 200,000 Cambodian migrant workers, most undocumented, fled Thailand in early June fearing a crackdown by Thai authorities after a coup unseated the elected government. Employers have been unable to fill the vacancies created by the Cambodian exodus and the Thai government has allowed them to return. The Cambodian workers have to have a job and their employers have to vouch for them. The Thai government is issuing temporary ID cards to allow them to travel openly to their jobs. About 800 Cambodian workers came back to Thailand through the Aranyaprathet border crossing Wednesday. The Thai government has opening similar service centers at three other crossing points on the Thai-Cambodian border. PHOTO BY JACK KURTZ 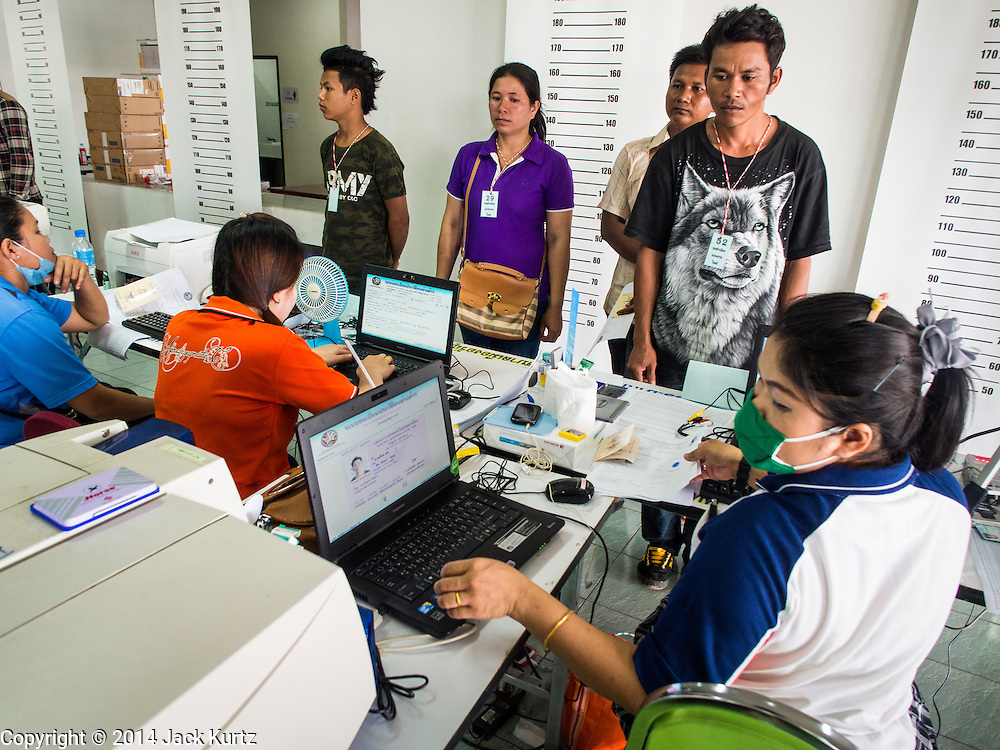