17 MAY 2010 - BANGKOK, THAILAND: Dr Weng Tojirakarn, a Red Shirt core leader, talks about the role Thai army snipers have played in trying the growing death toll in Bangkok street violence. More than 30 people have been killed and 250 injured in recent days by street fighting that started last week. The Thai government announced Monday that the Red Shirts unofficial military commander and supporter, Thai Army Maj. Gen. KHATTIYA "Seh Daeng" SAWASDIPOL, died Monday from wounds he suffered when a sniper shot him in the head on May 12 while he was being interviewed by an American reporter. When the announcement was read to the Red Shirt protesters still camped out in Ratchaprasong intersection in Bangkok many started weeping. PHOTO BY JACK KURTZ 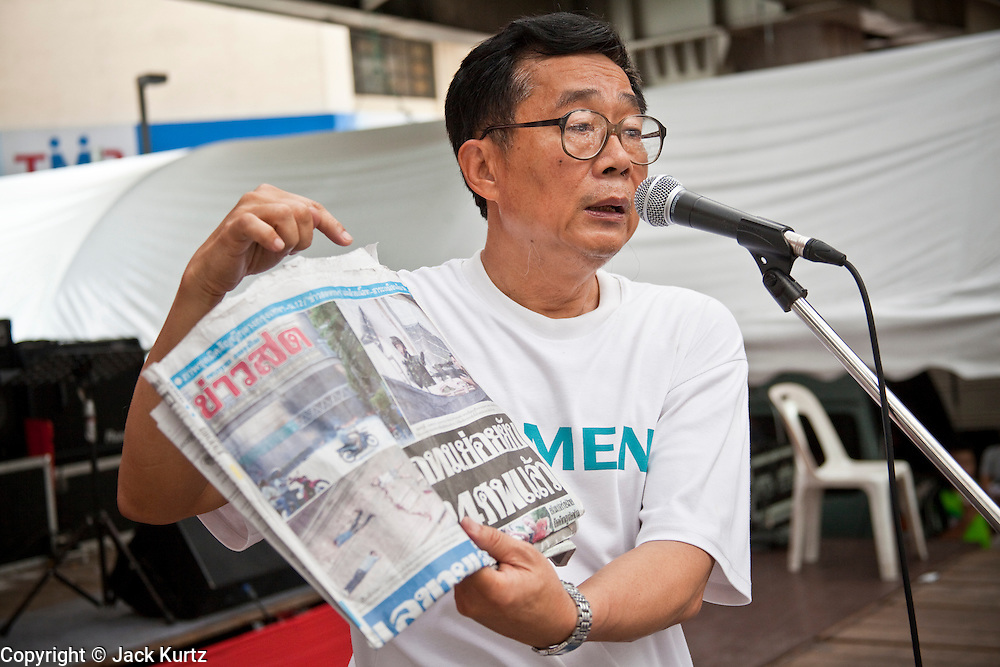