June 16, 2008 -- COLORADO CITY, AZ: Members of the Jessop family, a polygamous family and members of the FLDS in Colorado City, AZ, weed the community corn field. The family grows about 30 percent of the food they consume and buy the rest at the town mercantile store. Colorado City and neighboring town of Hildale, UT, are home to the Fundamentalist Church of Jesus Christ of Latter Day Saints (FLDS) which split from the mainstream Church of Jesus Christ of Latter Day Saints (Mormons) after the Mormons banned plural marriage (polygamy) in 1890 so that Utah could gain statehood into the United States. The FLDS Prophet (leader), Warren Jeffs, has been convicted in Utah of "rape as an accomplice" for arranging the marriage of teenage girl to her cousin and is currently on trial for similar, those less serious, charges in Arizona. After Texas child protection authorities raided the Yearning for Zion Ranch, (the FLDS compound in Eldorado, TX) many members of the FLDS community in Colorado City/Hildale fear either Arizona or Utah authorities could raid their homes in the same way. Older members of the community still remember the Short Creek Raid of 1953 when Arizona authorities using National Guard troops, raided the community, arresting the men and placing women and children in "protective" custody. After two years in foster care, the women and children returned to their homes. After the raid, the FLDS Church eliminated any connection to the "Short Creek raid" by renaming their town Colorado City in Arizona and Hildale in Utah. A member of the Jessop family weeds the community corn plot in Colorado City, AZ. The Jessops are a polygamous family and members of the FLDS. Photo by Jack Kurtz 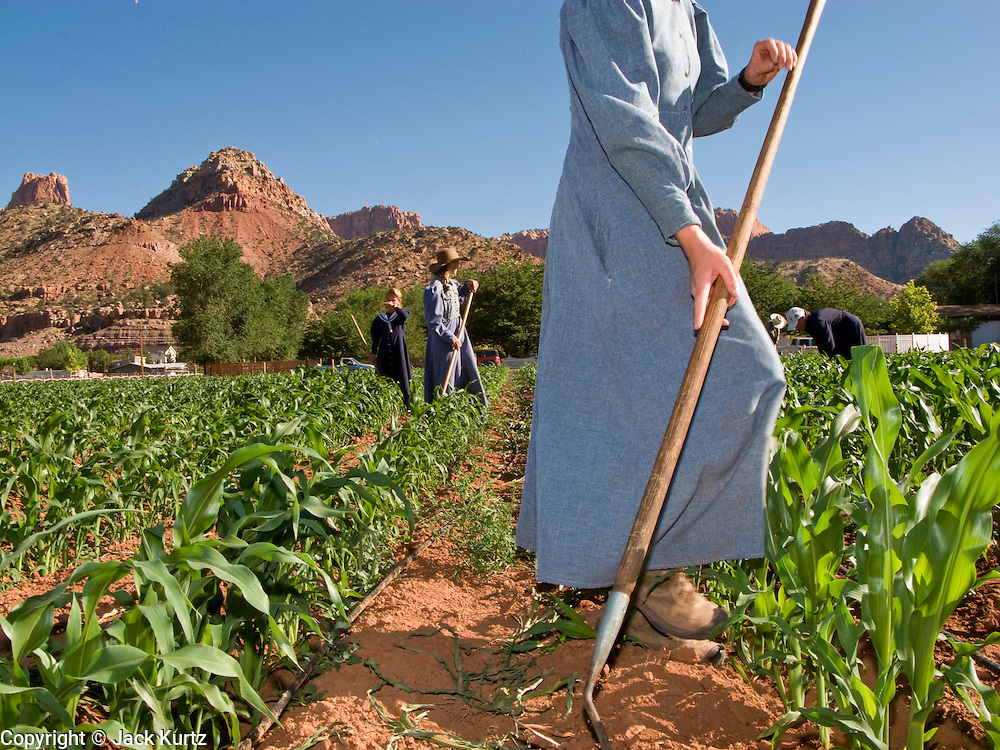