03 DECEMBER 2011 - PHOENIX, AZ: Matachine dance troupes perform during a procession to honor the Virgin of Guadalupe in Phoenix Saturday. The Phoenix diocese of the Roman Catholic Church held its Sixth Annual Honor Your Mother Day Saturday to honor the Virgin of Guadalupe. According to Mexican Catholic tradition, on December 9, 1531 Juan Diego, an indigenous peasant, had a vision of a young woman while he was on a hill in the Tepeyac desert, near Mexico City. The woman told him to build a church exactly on the spot where they were standing. He told the local bishop, who asked for some proof. He went back and had the vision again. He told the lady that the bishop wanted proof, and she said "Bring the roses behind you." Turning to look, he found a rose bush growing behind him. He cut the roses, placed them in his poncho and returned to the bishop, saying he had brought proof. When he opened his poncho, instead of roses, there was an image of the young lady in the vision. The Virgin is now honored on Dec 12 in Catholic churches throughout Latin America and in Hispanic communitied in the US. PHOTO BY JACK KURTZ 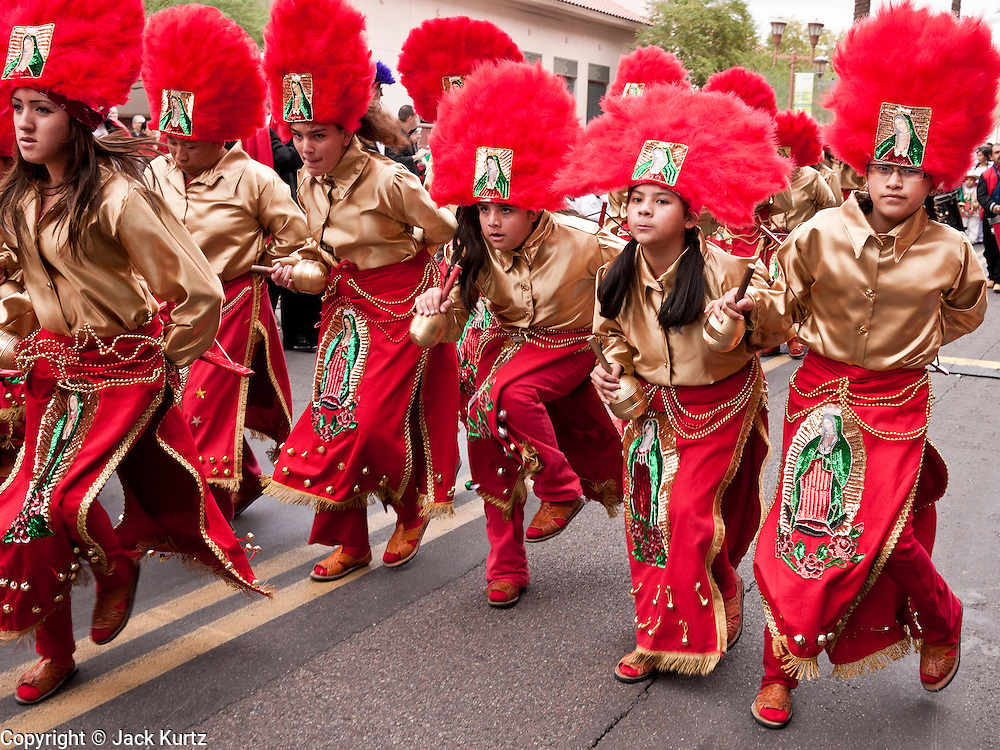