21 APRIL 2017 - CHANHASSEN, MN: Women draw graffiti and write notes honoring Prince in the pedestrian tunnel in front of Paisley Park, his former home and recording studio. The tunnel has become a memorial to Prince, people have drawn graffiti in the tunnel honoring him and they leave memorials in the tunnel. The superstar died from an accidental overdose of the opioid fentanyl on April 21, 2016. Friday was the first anniversary of his death. Crowds of people gathered at Paisley Park, which is now a museum, to honor the Minnesota born musician. PHOTO BY JACK KURTZ 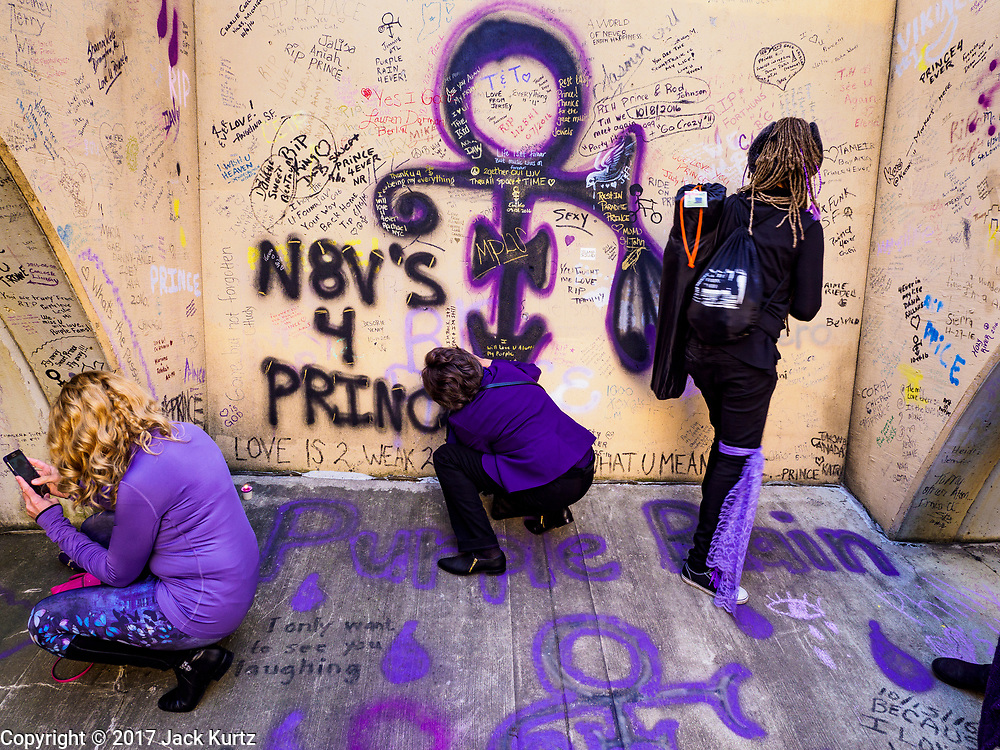