30 DECEMBER 2009 -- PHOENIX, AZ: Crystal Guidice (CQ) a Physical Therapist, works with Mackenzie Saunders during Physical Therapy at St. Joseph's Hospital in Phoenix Wednesday. Mackenzie was knocked down by another player during a soccer game. She finished the game but later in the day her legs started hurting and her parents took her to a hospital. Three hospitals later, she was in St. Joseph's with a diagnosis of a swollen spine and she couldn't walk. Now she's in physical therapy. She is expected to make a full recovery but her doctors have said she won't be able to play soccer for at least another 16 months. Photo by Jack Kurtz 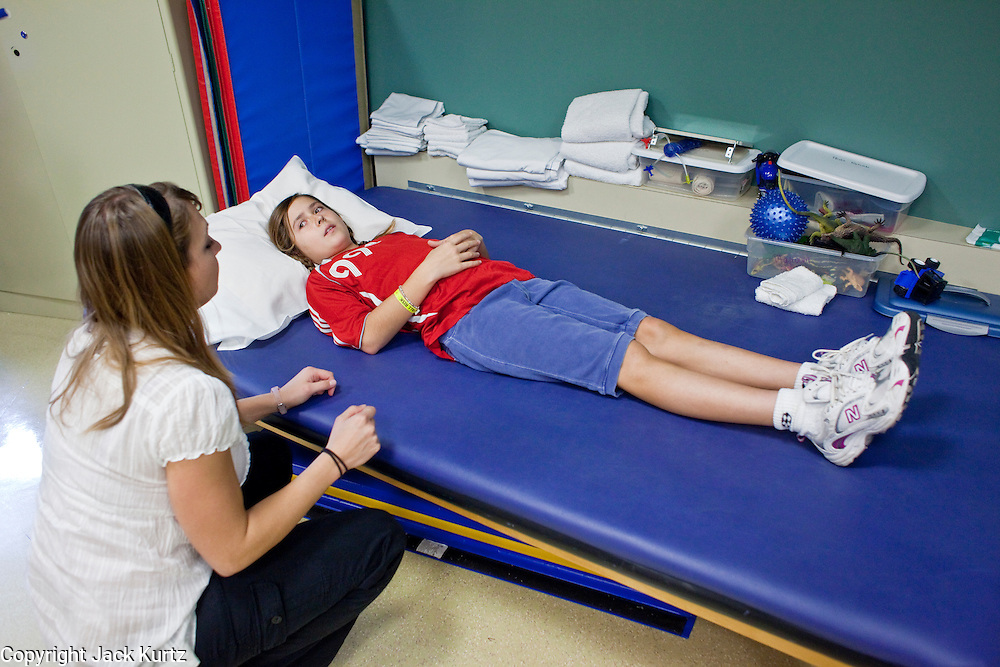