01 AUGUST 2012 - CHANDLER, AZ: People wait to get into a Chick-fil-A in for dinner Wednesday. Thousands of people stood in line for up to an hour at the Chick-fil-A in Chandler, AZ, a suburb of Phoenix Wednesday after MIKE HUCKABEE, the former governor of Arkansas and Fox News host, called for a national ''Chick-fil-A Appreciation Day,'' a day on which he encouraged people to patronize the fast food chain, this after DAN CATHY, President and CEO of Chick-fil-A, who is a fundamentalist Christian, made public his views against same sex marriage, causing an outcry from political leaders and Gay rights advocates. PHOTO BY JACK KURTZ 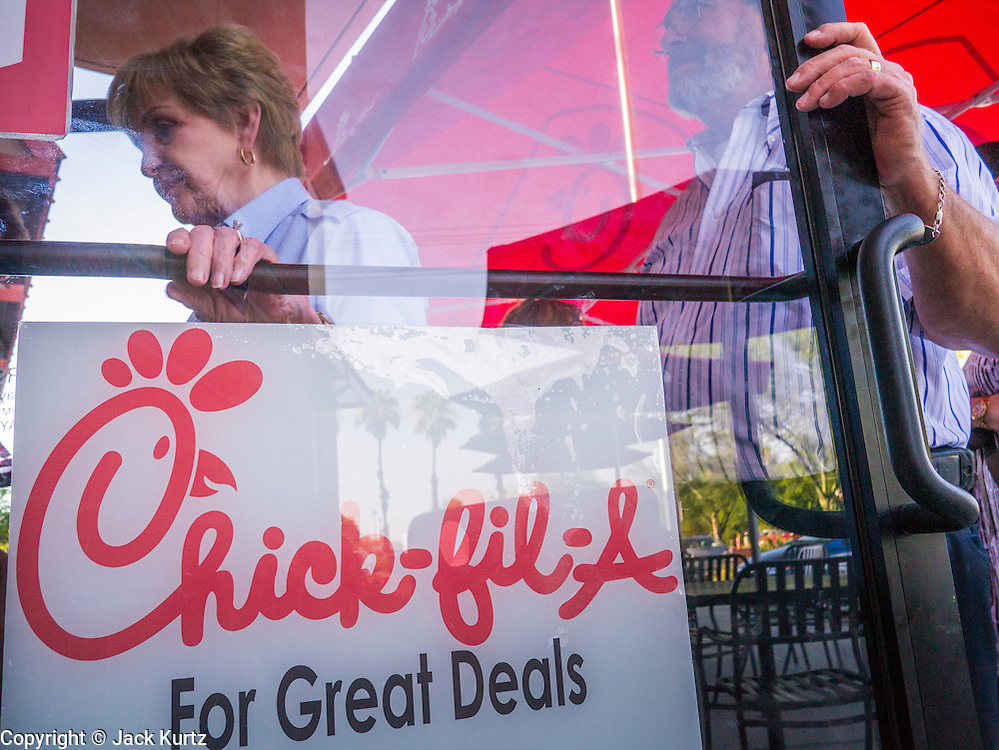