06 FEBRUARY 2017 - BANGKOK, THAILAND: A mirror reflects a barber cutting a customer's hair in a small barbershop in what used to be known as Kalabok Market under the Phra Khanong Bridge in the Phra Khanong district of Bangkok. Kalabok is the Thai word for hairdresser and the market was called Kalabok because there were many barbershops and hairdressers under the bridge. In 1985, the city changed the name of the market to "Singha Market." There are still about 10 small men's barbershops, most with just one barber, and four women's salons, most with one hairdresser, under the bridge. PHOTO BY JACK KURTZ 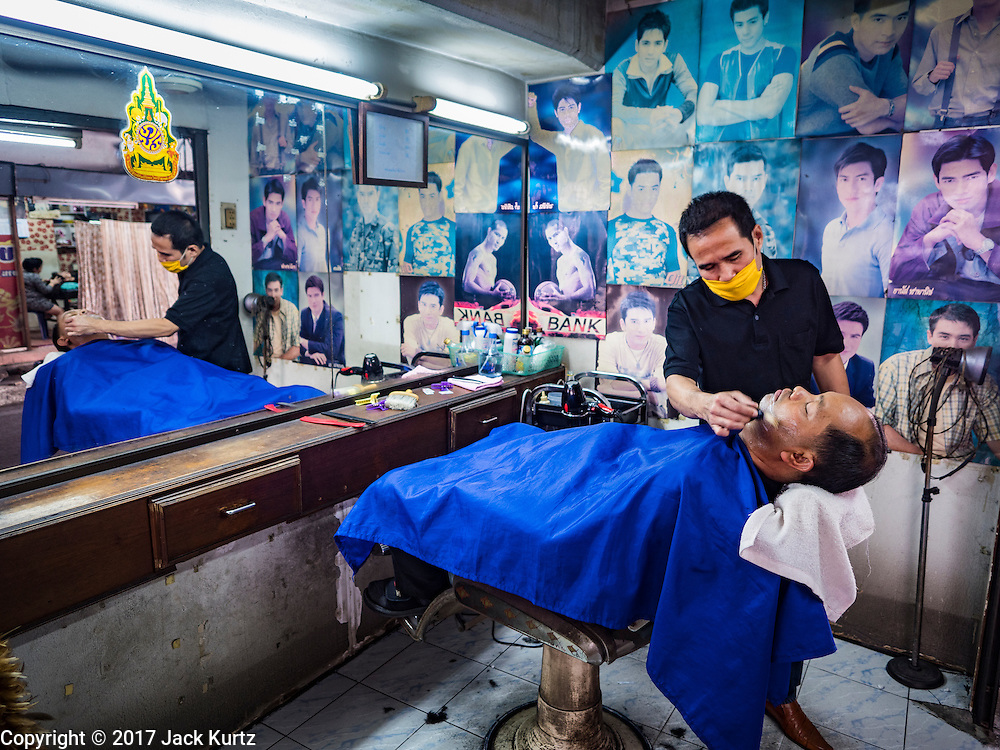