13 JANUARY 2019 - NAKHON PATHOM, THAILAND: DHAMMAVANNA, a female monk at Wat Songdhammakalyani, leads other female monks through the community on their morning alms rounds. The Sangha Supreme Council, Thailand's governing body of Buddhist monks, bans the ordination of female monks, but hundreds of Thai women have gone abroad, mostly to Sri Lanka and India, to be ordained. There are about 270 women monks in Thailand and about 250,000 male monks. There are 7 monks and 6 novices at Wat Songdhammakalyani in Nakhon Pathom. It was the first temple in Thailand to have female monks. The temple opened 60 years ago and has always been a temple of women monks. Women can be ordained as novices in Thailand, but to be ordained as a full monk would require the participation of 10 female monks and 10 male monks, and male monks in Thailand are barred from participating in women's ordination ceremonies. PHOTO BY JACK KURTZ 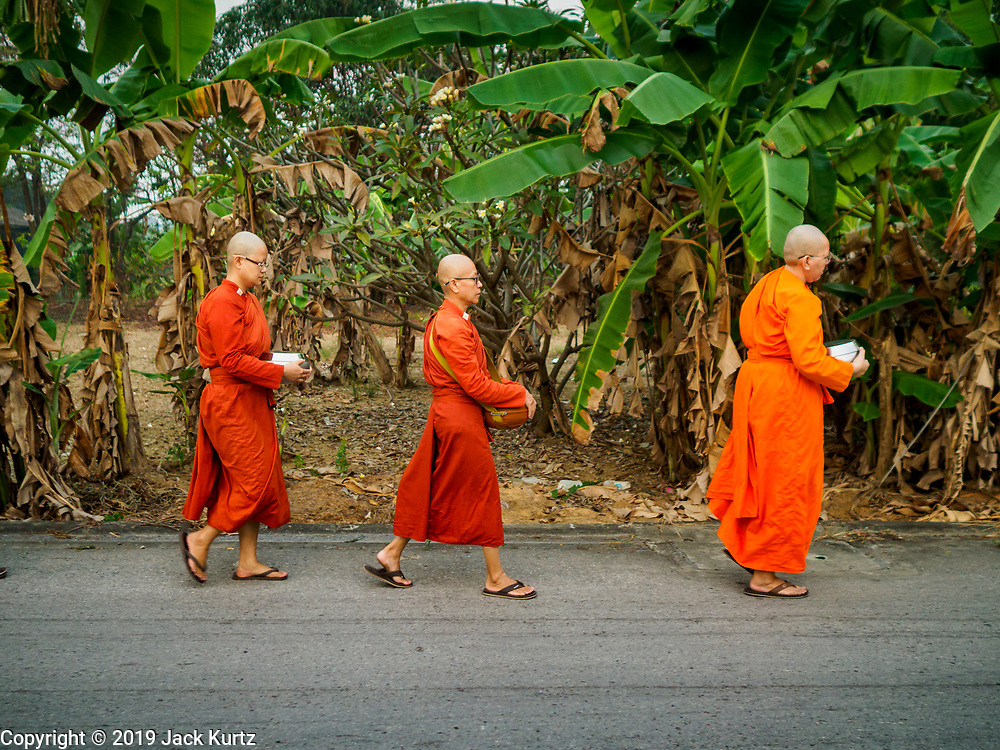