Apr. 3, 2009 -- MESA, AZ: KATRINA HALL, her husband, TIM HALL and their son, ZANE HALL, from Tempe, AZ, pay for the food boxes with Food Stamps at the United Food Bank in Mesa, AZ. Hall said he drives a tourist bus but as the tourism and leisure industry has suffered in the recession his work in disappearing and in March he only work five days. A spokesperson for the United Food Bank in Mesa, AZ, said demand has increased by more than 100 percent in the last year. She said that at this time in 2008, about 175 people a week (the food bank is open one day a week) bought 200 boxes a food but now they were seeing about 350 people per week and they were buying 400-450 boxes of food per week. Each box of food cost $16 and contains enough food for five meals for two people, including meat, fruit and vegetables and starches. In addition to the food boxes, the food bank gives away perishables, like fresh baked goods and produce, that are donated by Phoenix area grocery stores and food producers. She said the number of donations to the food bank have increased as the economy has worsened but each donation is smaller and the gap between donations and what the food bank needs is widening. Photo by Jack Kurtz / ZUMA Press 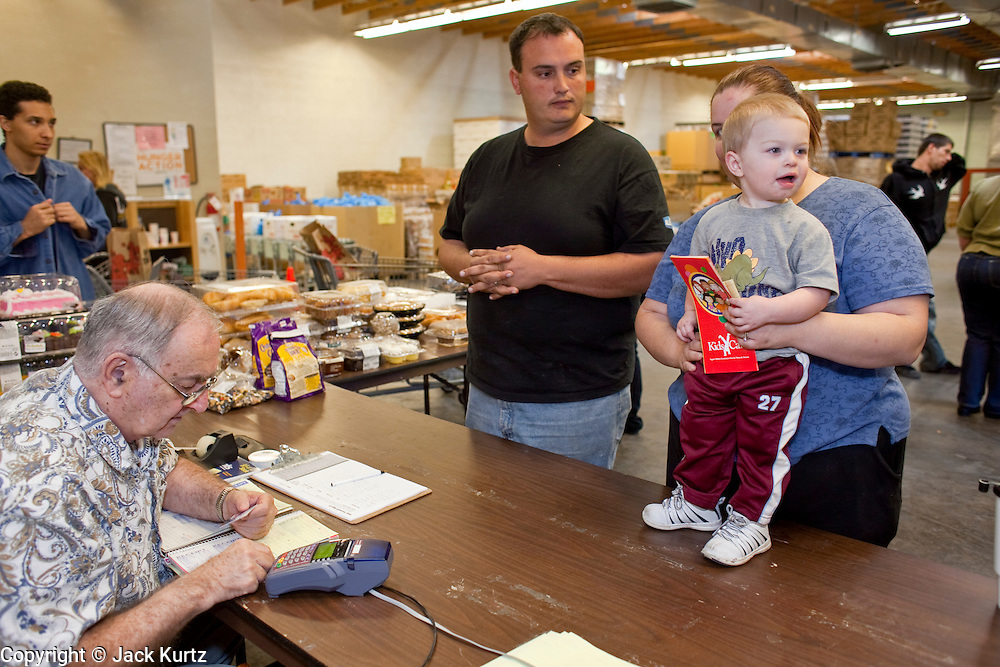